9 people from Nabua went to Raiwai to instigate violence - Qiliho

9 people from Nabua went to Raiwai to instigate violence - Qiliho 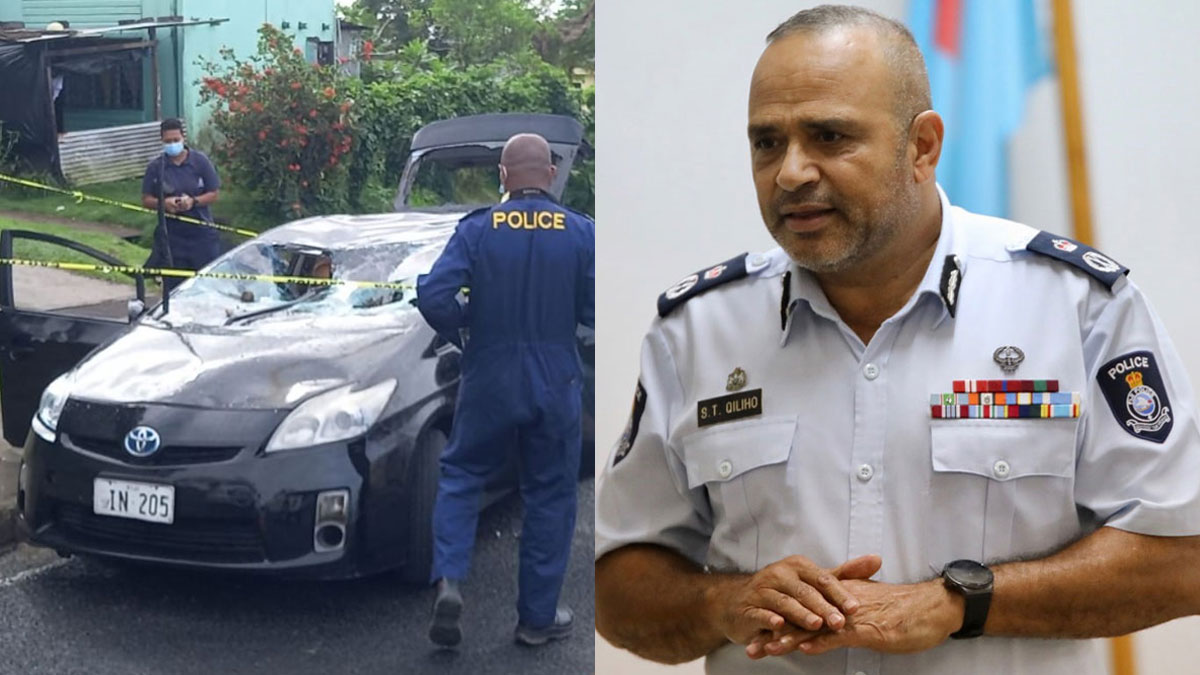 Qiliho says the Raiwaqa Police Station received a call for assistance at around 7.30am yesterday, whereby officers attending to a report of a drunk and disorderly case at Jittu Estate were called back, and along the way picked up officers from Grantham Community Post and attended to the scene.

He says a task force team from Nabua and Valelevu were also called in to assist in the efforts which were focused on more than just the arrest and detention of the suspects.

He adds that upon arriving at the scene, uniformed officers attended to one of the suspects who had sustained serious injuries during the incident, and transported him to CWM Hospital where he is still admitted.

The Commissioner stressed that at the same time, a fire call was conducted at the Raiwaqa Police Barracks, where officers in civilian clothing responded immediately, and they can also be seen in the video.

He says as soon as they arrived, their immediate action was to disperse bystanders and ensure that no one else was injured.

Qiliho says while several officers from the Raiwaqa Police Barracks were trying to quell the situation, another team were pursuing the suspects who fled in another vehicle which was later found abandoned near Mead Road where two suspects were arrested. He further says that it was confirmed to members of the media that the initial responses were both on the incident at Raiwai, and in pursuit of the getaway vehicle.

The Police Commissioner says despite confirmation of the two initial actions taken, the two daily newspapers criticised the response of the Police in arriving at the scene, not realising or taking the time to understand the nature of policing which at that time was not solely focused on the arrest of the perpetrators, but on ensuring the safety of the many innocent bystanders, which Police officers residing at the Raiwaqa Police Barracks dressed in civilian clothing were heavily involved in.

Qiliho adds the media plays an important role in such situations and it is important for reporters and editors to understand that situations are different, and responses will be different based on immediate needs on the ground as assessed by officers, rather than drawing assumptions.

He says it is easy for people to criticise Police efforts and not appreciate that in certain situations, responses on the ground will determine the immediate actions to be adopted by responding officers, which in this case was not to directly approach the suspects who were allegedly armed but to ensure the safety of the many bystanders who gathered in numbers which included women and children.

The Commissioner of Police has also directed that all those involved be taken to task and it has been confirmed that there were nine people from Mead Road who went to Raiwai intending to instigate violence against a group of youths, and such actions by people who think it is acceptable to resort to violence to settle their grievances will not be condoned, and all those involved will be brought to justice.

Qiliho says the remaining six are known to Police, and officers from the Police Special Response Unit have been directed to arrest the six, and anyone who interferes or tries to prevent the arresting officers from doing their work will also be arrested.

He is urging anybody who knows their whereabouts, please let them know.

He says all those involved in the incident yesterday will be taken to task and they are expecting to get more people in today.

The Fiji Police Force is concerned about media articles tagging the incident to a situation of lawlessness where there was an absence of control and authority and they would like to confirm that Police were present and had taken all necessary measures to prevent other innocent civilians from getting hurt.

The Police Commissioner says residents of Raiwai were minding their own and enjoying their Sunday, and due to the selfish actions of a small group who think they are above the law, this incident occurred, and they will be held accountable for their cowardly actions.

Qiliho is also calling on parents, communities and Non-Government Organisations to play their part in the output space especially when the incident was triggered by the involvement of women and children.

The Commissioner says Police are more than willing to assist by giving information on red zones where NGOs could have a more significant output.

Police have classified the death of the 16-year-old boy who was pronounced dead at the Colonial War Memorial Hospital on Sunday as murder. Initial ... 15 minutes ago
LATEST NEWS