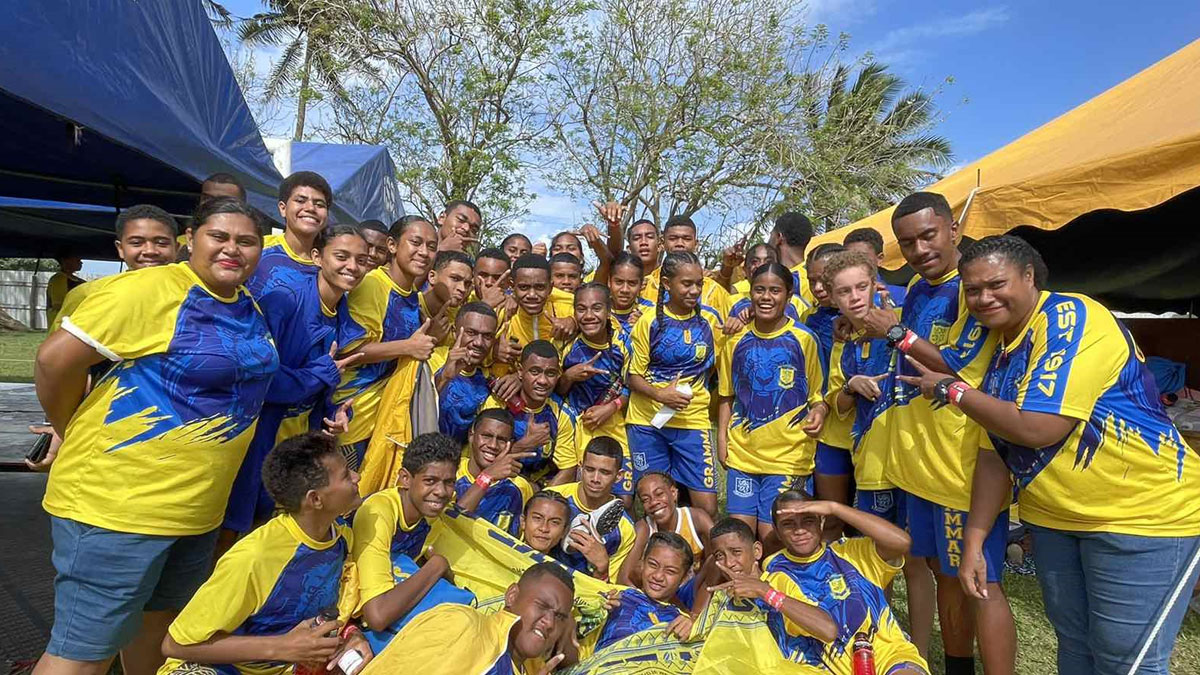 It is a perfect send off for Grammar coach and former Fijian sprinter, Jone Delai, who finishes off this year. 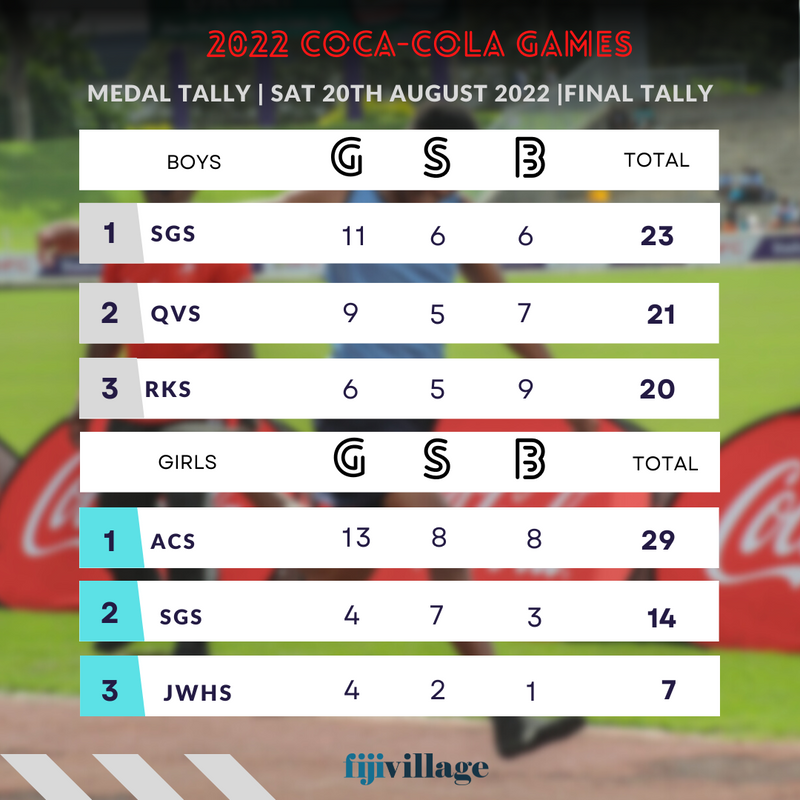 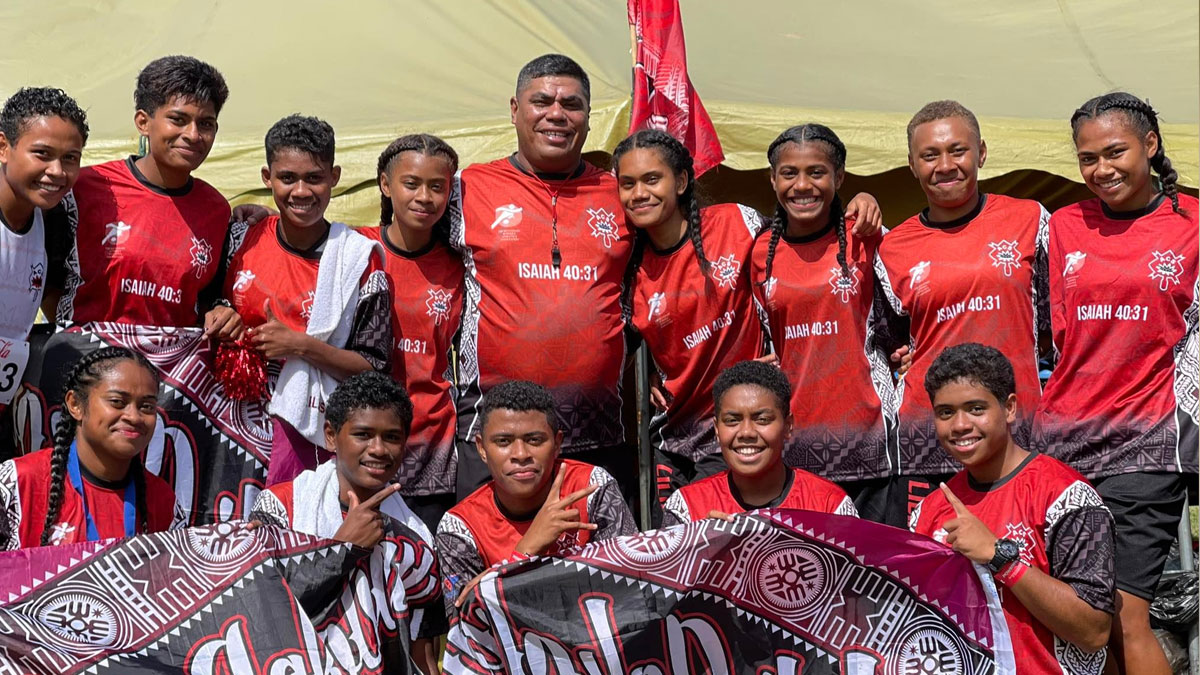 ACS coach Antonio Raboiliku says its an emotional moment for them as the Coca-Cola Games was not held for 2 years.

He says its a God given talent to coach and its something he loves as enjoys working with athletes especially children nurturing them to make them champions. 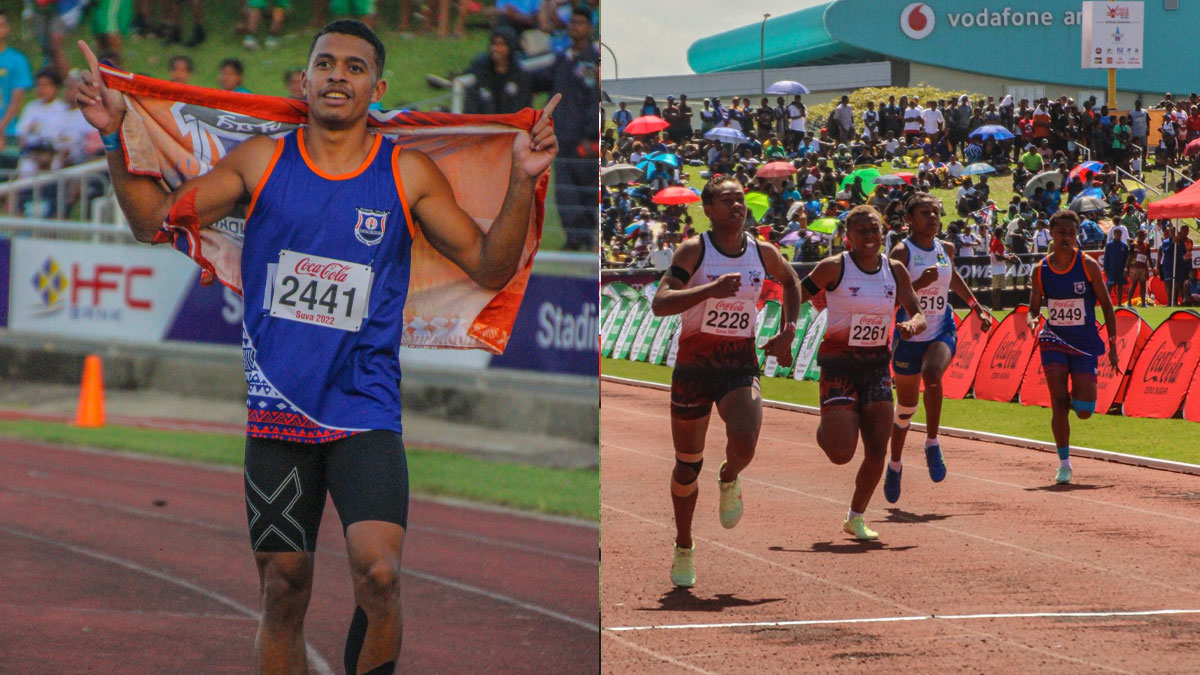 Both athletes have won a trophy, $250 from Digicel Fiji and $1,000 from Coca-Cola Europacific Partners Fiji. 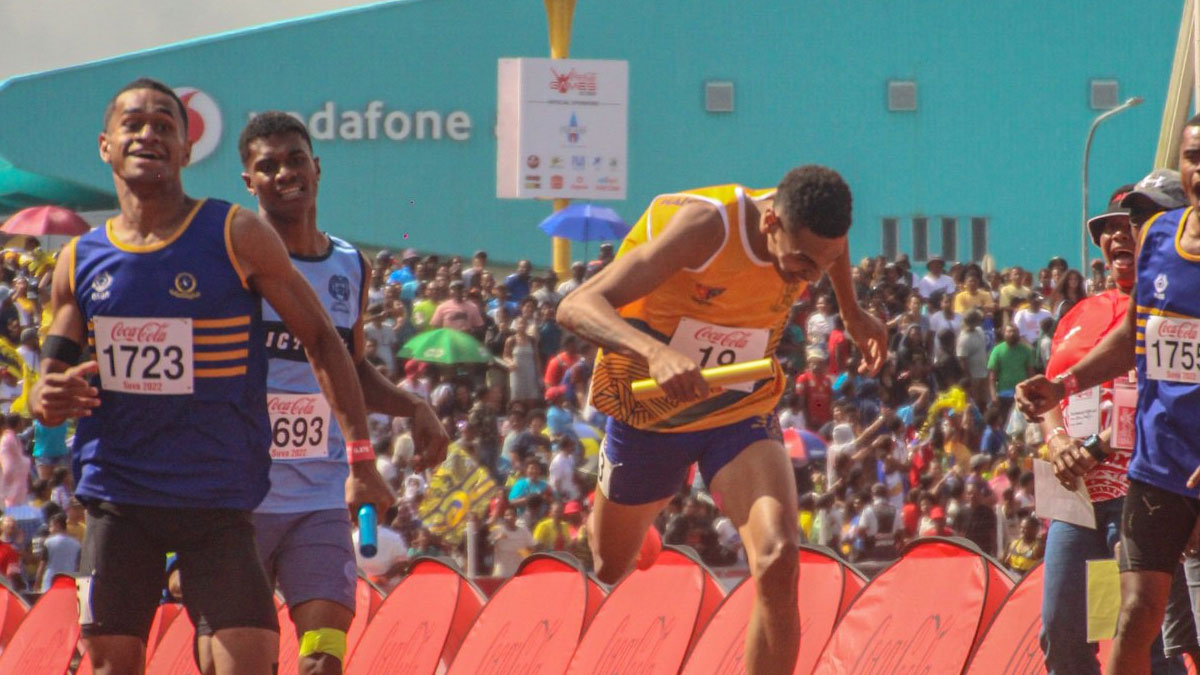 The Grammar runner was in front however he lost concentration and started celebrating by pointing the baton towards the grandstand before he won the race which saw RKS take the advantage.

Grammar got silver while QVS took the bronze.

RKS took out the gold in the Intermediate Boys 4x400 metres race while Suva Grammar and QVS settled for silver and bronze respectively.

ACS dominated the Intermediate 4x400 metres relay to add another gold medal to their impressive tally. Nasasavia Secondary got silver and Grammar got bronze.

Suva Grammar and RKS settled for silver and bronze respectively. 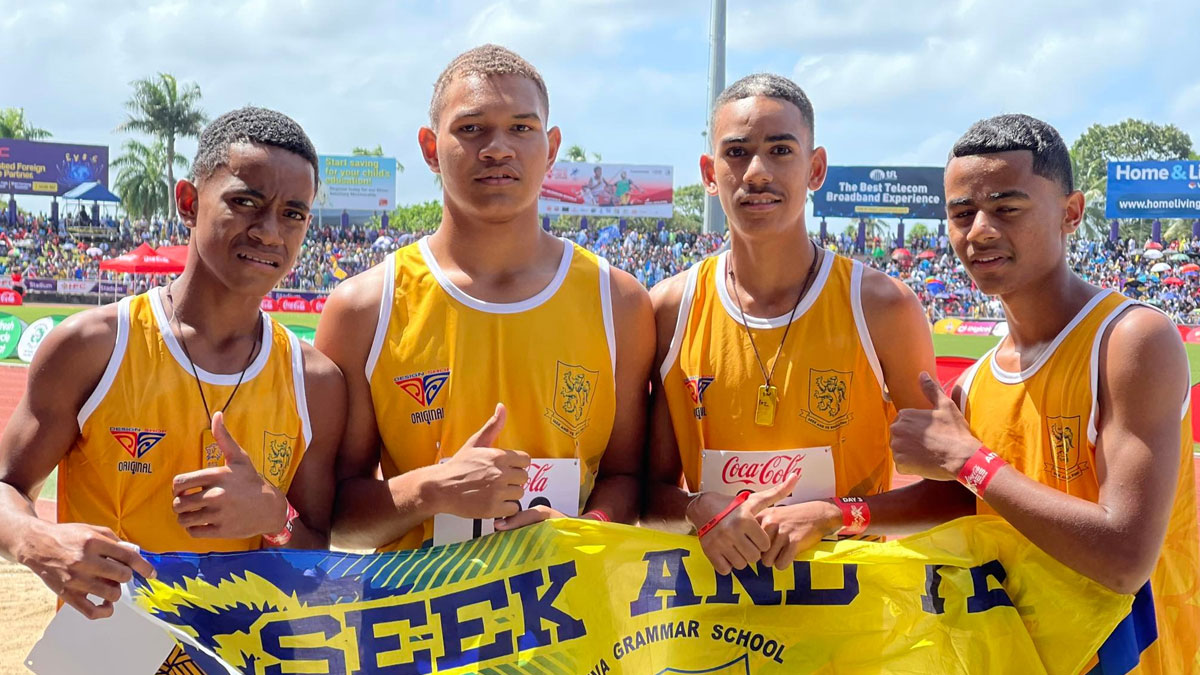 Natabua High School has claimed the gold medal in the Senior Boys 4x100 metres final, QVS settled for the silver medal while RKS got the bronze medal.

Grammar took out the gold medal in the 4x100 metres Intermediate Boys, Marist won the silver medal while RKS settled for the bronze medal.

The ACS team has won gold in the Intermediate Girls 4x100 metres, Grammar got silver while Natabua got the bronze.

QVS won the gold medal in the Junior Boys 4x100 metres final, Marist got the silver while Natabua got the bronze.

The 4x100 metres Sub Junior Boys team for Suva Grammar finished their race in style with the final runner, Eparama Dremoka diving for the finish line to win gold.

QVS settled for the silver medal while Marist got the bronze medal. 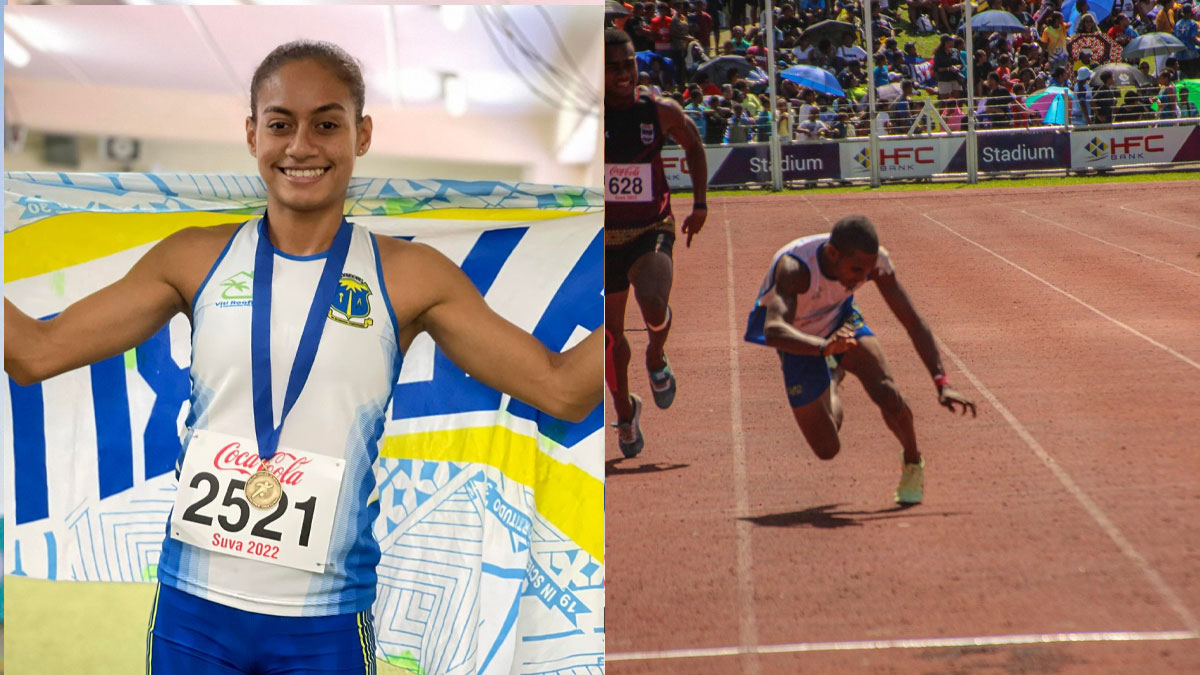 It was a heart breaking moment for Natabua’s Ratu Alipate Vuiwakaya in the race as he stumbled and fell close to the finish line after leading the race.

Frances Tuva of ACS has won gold in the Intermediate Girls 200 metres at the Coca-Cola Games.

Emosi Laqere has won gold for MGM in the Junior Boys 200 metres race, Suva Grammar’s Nathaniel Chand had to settle for silver while Laisiasa Marakiwai of Suva Grammar got bronze.

Imeri Nasali of ACS has won gold in the Junior Girls 200 metres race to extend their lead on the medal tally.

Coming in second was Claudy David from Suva Grammar while Florence Kikau from Bucalevu Secondary settled for bronze. 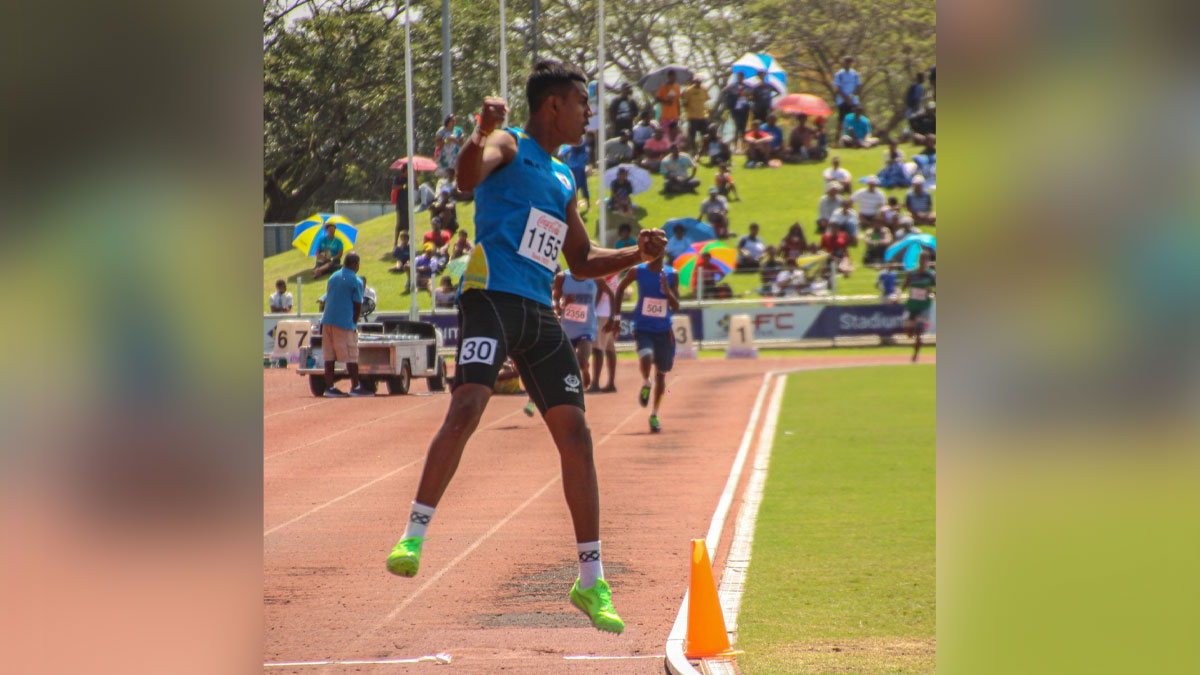 It is a historic Coca Cola Games for Vishant Reddy of Uciwai, Nadi who has won his second gold for Korovuto College after coming first in the 800 metres Intermediate Boys.

Reddy who is also a Nadi soccer rep, says there were specific times for the soccer training and the soccer team had helped him in his endurance, and he thanks the players for supporting him all the time.

He says there were no challenges and everything was smooth because he was working hard.

Abaramo Ratucove of Immaculate Conception College in Bua got the silver medal while Ilaitia Matadradra of Noco Junior Secondary got the bronze.

Salome Vakatawabai of Namosi Secondary School has settled for silver while Saint Joseph’s Adi Ama Masau got the bronze medal.

Waisale Tagivetaua of QVS won gold in the Junior Boys 800 metres, Nirav Kumar of MGM got the silver medal while Kini Nabiri of QVS got the bronze.

Ilisapeci Sagacoro of ACS settled for silver while Litia Lala of Tailevu North got bronze.

In the Sub-Junior Boys, Joseva Ravuaka of Vunisea Secondary won gold, Serupepeli Naidegidegi of DAV Ba got the silver while Iosefo Tuvere of Namosi Secondary settled for bronze. 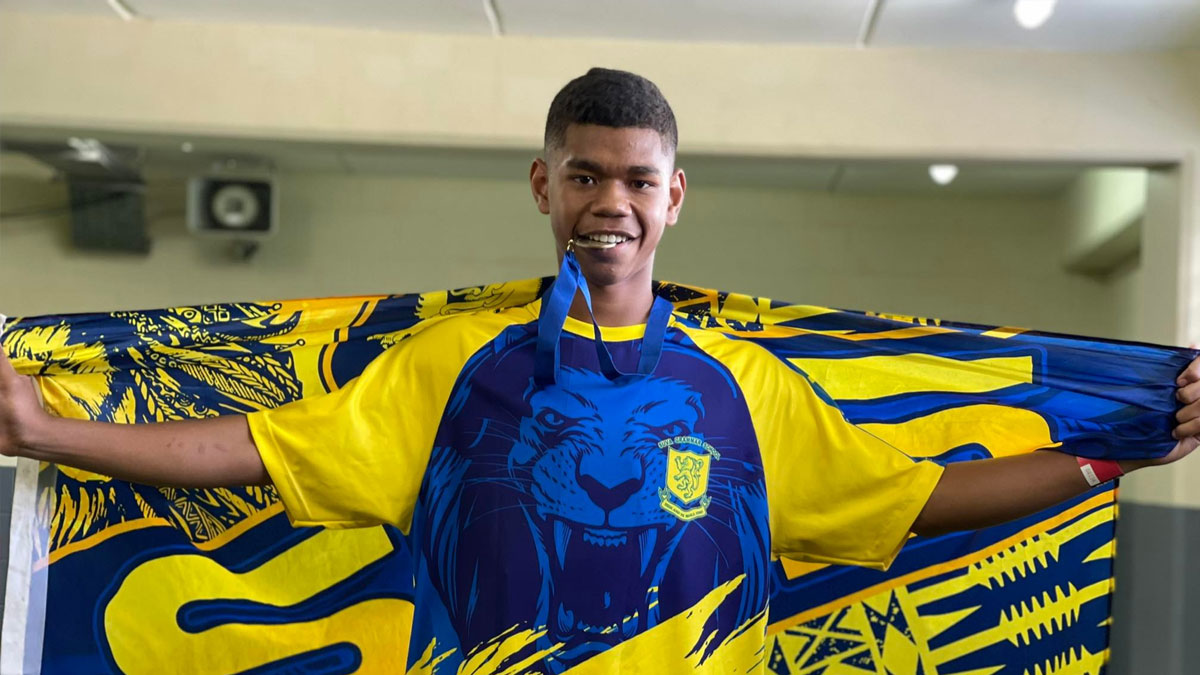 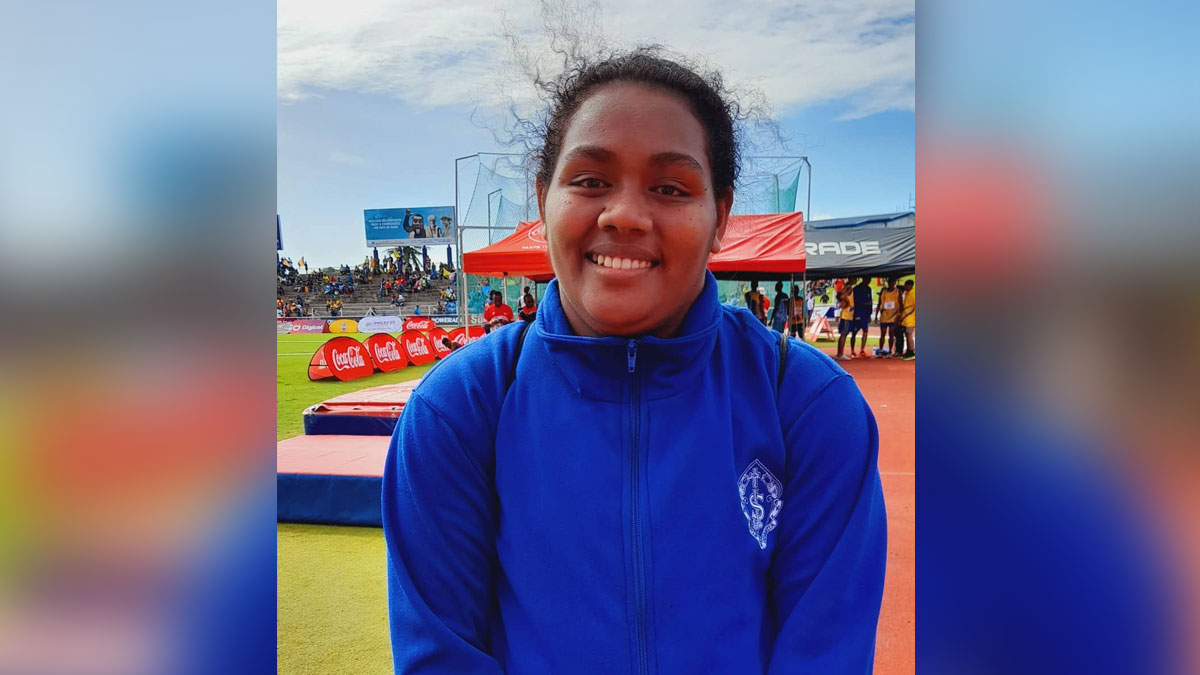 Saint Joseph’s Secondary School student May Kaora has won their fourth gold medal in the Senior Girls Shot Put on the final day of the 2022 Coca-Cola Games.

The 18-year-old says she feels relieved her events are over since there was so much pressure at the grounds.

She says her biggest motivation is her friends as they kept pushing her to do better and perform well. 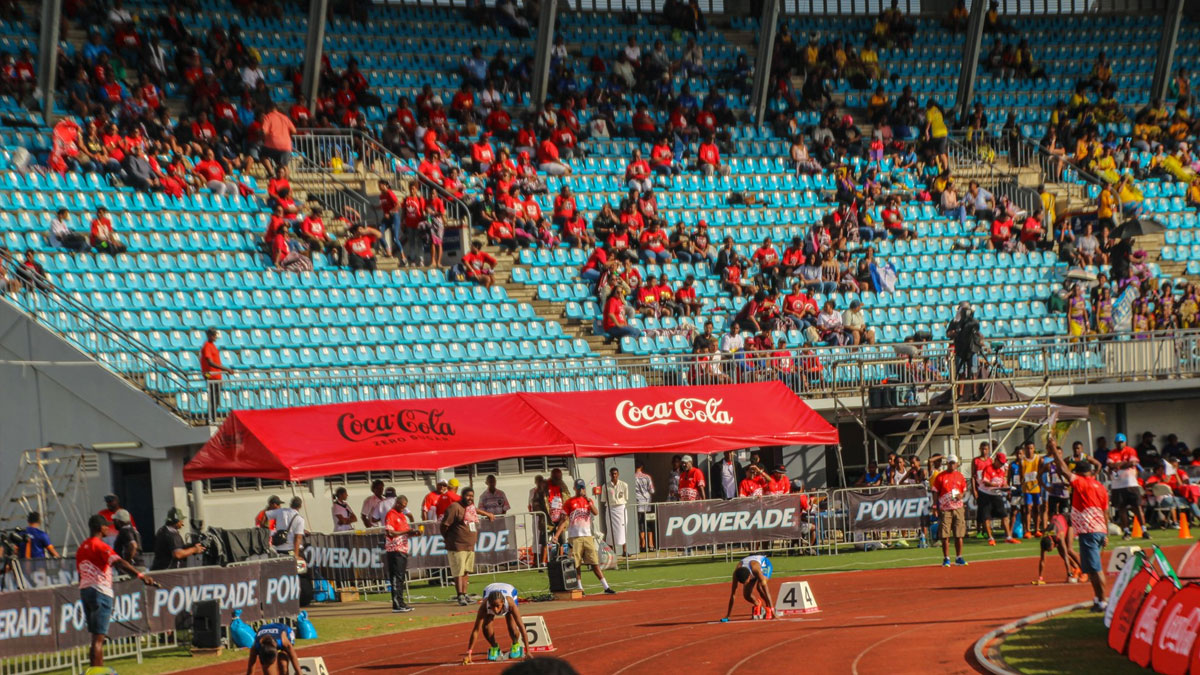 Tailevu North College has won their first gold in the Junior Girls Shot Put with Akosita Poulter throwing a distance of 9.31 metres on the final day of the 2022 Coca-Cola Games.