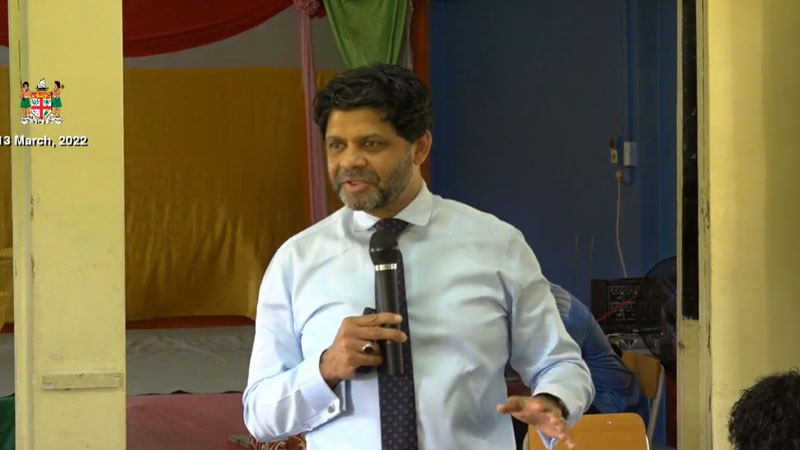 While speaking during a budget consultation at Kavanagasau Sanatan Dharm Primary School today, Sayed-Khaiyum says you do not do a wage assessment when 100,000 people have lost their jobs due to the pandemic.

Sayed-Khaiyum further says he has heard a lot of politicians saying why they are doing the review now.

The AG adds some employers such as the garment industry do not want the wages to be increased because they say if their labour rates are too high, they won't be able to compete with countries where there is cheaper labour costs as they may lose out on contracts.

The Textile Clothing and Footwear Industry Council had earlier said the proposed increase in the National Minimum Wage review is shocking and there will definitely be job losses because of this.

Consultations are currently underway on the proposal to increase the National Minimum Wage Rate from $2.68 per hour to between $3.45 to $3.65 per hour.

Council President, Michael Towler says this is a 29% to 36% increase and our economy cannot sustain an increase of this magnitude.

Towler says an increase of about 10% is sustainable at this time and the textile and footwear industry in Fiji will be decimated by an increase in the National Minimum Wage by 29 to 36%.

He says we have to remember that the National Minimum Wage is a base for negotiating a higher rate for all staff and if it is increased, then there will be a lot of pressure to increase the rate of all the staff by the same amount.

Towler says inflation in Fiji is already increasing dramatically with the increase in fuel, international freight rates and other imported items.