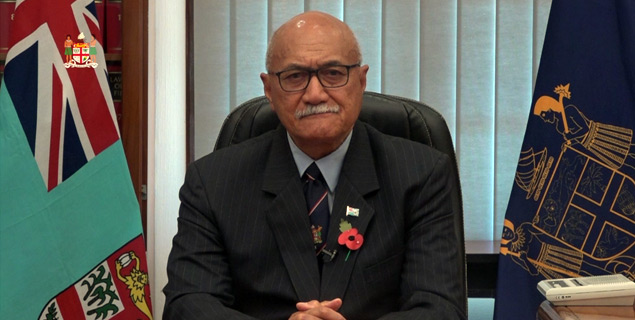 President Jioji Konrote says he looks forward to another year of growth, patriotism, unity and nation-building.

In his Fiji Day message, President Konrote says he has been blessed to be given another opportunity to serve another term as the President of the Fijian people.

He says they will be planning the biggest Fiji Day celebration yet in 2020 to mark half a century of independence.

Thousands of people gathered at Suva's Albert Park to celebrate the country's 49th year of independence.

It was commemorated with a gallant parade by Fiji's Disciplinary Forces. There was also a Presidential Salute and a review of the parade by President Konrote.

About 400 military personnel took part in the March Pass.

There was also a 21 Gun Salute.

Sunita Devi from the Christ Embassy of the Fiji Islands in Nakasi was part of the celebration at Albert Park and she says people should come together and be bound by love for the country to prosper.

Devi says she came to the celebration with the message of love and unity for everyone.

She says young people must learn from this and work together unity to take the country forward.

A 22-year-old woman Kesaia Biu is hopeful about Fiji's future.

She says Fiji is a country well known for its well-mannered citizens and if they keep to the teachings of the elders no one will ever have to lose their roots.

She adds young people should instill in them the importance of keeping their culture.