He claims he was made to bite chillies, officers rubbed chillies on his private parts & also took him for a massage after he had a broken arm

He claims he was made to bite chillies, officers rubbed chillies on his private parts & also took him for a massage after he had a broken arm 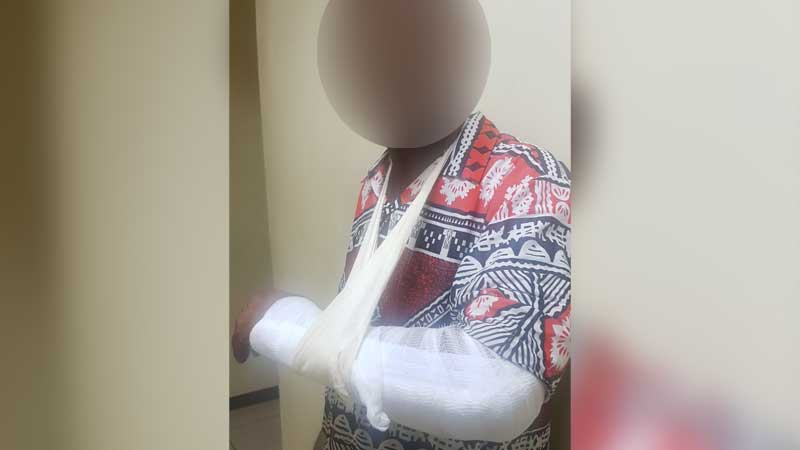 The Human Rights and Anti-Discrimination Commission has today confirmed that it has received a complaint from a 50-year-old man from Sigatoka who alleged that he was verbally and physically assaulted by a group of police officers dressed in civilian clothes at Cuvu Police Post on the 23rd of February this year.

Director, Ashwin Raj says the man informed the Commission that he was allegedly beaten up by the police officers and was made to bite five bongo chillies after which chillies were rubbed on his private parts.

Raj says the man also alleged that a ruler was used by an officer to hit his private parts.

The complainant further alleged that the officers also made remarks about his private parts which were sexual in nature.

The Human Rights Commission says the 50-year-old man was detained in the police cellblock for a night.

Raj says no medical attention was provided and the next morning, according to the complainant, the police officers took him to Nadroumai Village for a massage to treat his broken arms.

The Commission had met with the complainant earlier and reported the matter to the Lautoka Police Station and advised him to do a medical examination.

Raj says the Commission is in possession of a medical report of the victim dated 26th February 2021 which states the injuries noted are highly suggestive of assaulted and high impact blunt force trauma likely sustained with a time frame of five days. The Commission has filed a formal complaint with the Internal Affairs of the Fiji Police Force and is also independently investigating the matter.

Fijivillage has received information that the man was taken in as an alleged suspect in the murder case of the man and his wife that were found dead in their home in Korokoro, Sigatoka on the 2nd of February this year.

Sesha Reddy and Mirdu Chand were in their 60’s.

The discovery was made by their caretaker.

Police spokesperson, Ana Naisoro confirms that they have received the complaint against the officers and the matter is under investigation.

Meanwhile, Raj also says all investigations conducted by police, irrespective of how heinous the crime, must be consistent with human rights and our inherent human dignity.

He says accountability without impunity applies to all whether you have transgressed the law or you happen to be a law enforcement agency or official.