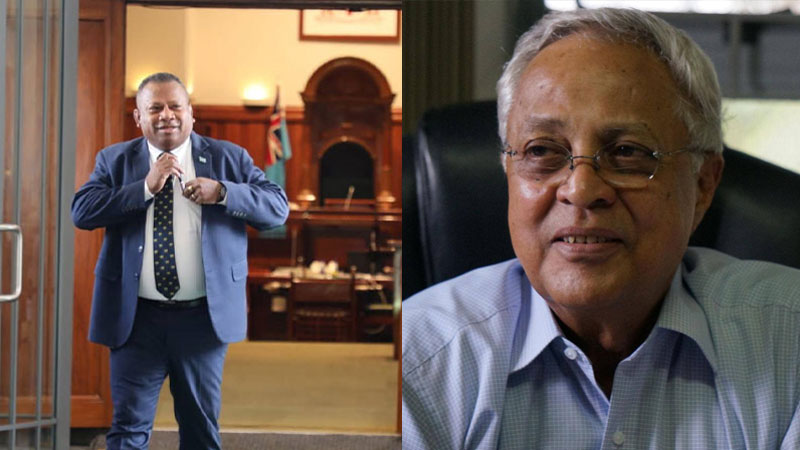 Minister for Disaster Management, Inia Seruiratu says people should remember that the Fiji Labour Party Leader, Mahendra Chaudhry is releasing statements as he is somebody who wants to come into elections next year and his whole intention is to condemn government’s work.

His comments come after Mahendra Chaudhry claimed the government had completely ignored Labasa residents in the week after Cyclone Ana devastated the North.

Chaudhry says residents say every house in Namara and Naodamu was underwater, some submerged in 4-6 feet of water, from severe flooding caused by heavy rain brought by the cyclone and they have sustained considerable damage and loss as a result.

He says many areas are still without these basic amenities and no provision was made to deliver water to the affected areas.

When questioned, Seruiratu says there was a delay in the provision for water in parts of Labasa as all the five water treatment facilities that feed the Banau Reservoir were are affected by TC Ana.

He says accessibility was a challenge and officials could not reach these sites.

Seruiratu says they had limited water coming from the borehole in Vunika, Labasa and water was first prioritised for the hospital to ensure it could properly function.

He says limited water available from the Vunika borehole was then distributed in the Labasa area.

He says this is unfortunate and it took until Thursday to finish repairs at the five water sources affected by the cyclone.

Seruiratu adds they couldn't get water from Seaqaqa as they cannot bring heavy loads on the bridge in Tabia and the water station in Seaqaqa was also under water.

Chaudhry has also raised that residents are complaining that the Prime Minister, the AG and Seruiratu have not visited the devastated areas and it is now two weeks after the cyclone struck.

He claims the local FijiFirst MPs from Labasa have also not bothered to visit the area.

Seruiratu who is currently in the North, says Prime Minister, Voreqe Bainimarama will start visiting Vanua Levu from Monday.

He says two assistant ministers, George Vegnathan and Vijay Nath were in Labasa and visited the communities including Namara and Naodamu.

Chaudhry has further raised that Labasa Town ran out of bottled water in the week after TC Ana and it was sold for double its normal price because of the demand and onions and potatoes were sold wet.

Chaudhry adds food prices had skyrocketed and merchants and private trucking companies have been making huge profits from the misery of the people where a trucking company charged $200 per tank to deliver water to residents from the nearby rivers and creeks.

He also claims authorities allowed defrosted food packs to be sold four days following the cyclone before they clamped down on the retail outlets and stopped the sale of such contaminated foods.

The FLP Leader also says that scavengers have been hitting the landfill area in Labasa to look for rejected food items and 24-hour security guards had to be posted there to stop them.

When questioned, Seruiratu says it is probably a supply and demand issue and Vanua Levu has most of its stock replenished from Suva and unfortunately they were running low because of the shipment and road restrictions.

Seruiratu says it is unfortunate that some people have exploited the opportunity but there are authorities in place to look into the issue of high prices.

He confirms scavengers did come to the landfill area and police officers were sent to the site.