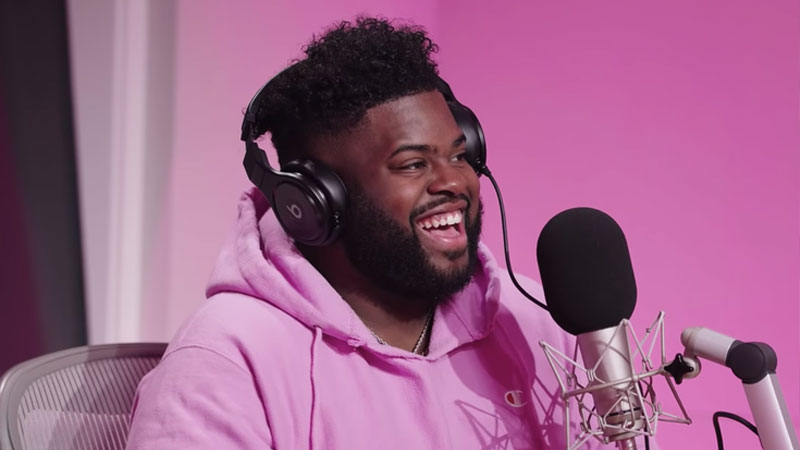 Before hip hop, there was R&B. Upcoming artist Pink Sweat$ is pioneering a new velocity in R&B and encouraging an appetite from fans for something different.

It's commendable when entertainers aren't afraid to take the road less travelled.

Throughout history, we've witnessed some of the greatest breakthroughs in music, by way of ingenious artists who relentlessly break new ground.

Some of the most prolific entertainers in the world like Prince and Michael Jackson went against the grain; and without question, their unique take on music inarguably made them legendary.

Singer-songwriter Pink Sweat$ has racked up millions of streams, created a dominating presence on the most coveted playlists, and has ushered in a very loyal following by giving fans something new to explore; making them fall in love with R&B all over again.

With chill-acoustic ballads that offer a fresh new perspective and experience on R&B, complemented by uniquely prodigious vocal textures, the Philly native is without question, headed in the right direction. We caught up with Pink Sweat$ to talk about his most recent bodies of work through his Volume 1 and Volume 2 EP's, as well as touring, #PinkGang, collaborating with other Philadelphia artists, and even Fashion Nova.

He was inspired by the name Pink Sweat$ when someone had come into the studios and forgot what his name was and called him pink sweats since he always wore the same pair of pink sweats.

This was how the name started, which then inspired him to incorporate pink vibes in his music videos.

Some of the songs that he released are also on tiktok – Pink Sweat$ (JIDDY REMIX) [Tiktok] [Bass Boosted] Version of the original Honesty, others trending at the moment on Youtube “At My Worst” and “Icy”

The children in this Home are special and they deserve the best care and the kind donations like yours will ensure that we will continue our mission ... 2 minutes ago

The man alleged to have murdered a 35-year-old farmer during an argument out at sea between Laucala Island and Taveuni last week has been ... 42 minutes ago

A relative of the man whose body was found under the Vatuwaqa Bridge earlier this week has come forward. Police say the victim has been identified ... 42 minutes ago

The FBI is searching President Joe Biden's home in Rehoboth (Reh-Ho-Berth), Delaware as part of an investigation into classified documents. In a ... 3 hours ago
More News
TOP