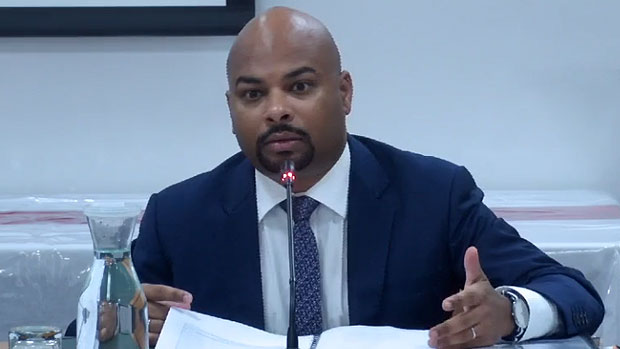 The Director of Human Rights and Anti-Discrimination Commission Ashwin Raj says in support of the ratification of the International Labour Organization’s Convention 190 on the Elimination of Violence and Harassment in the World of Work, they have in their submission to the Parliamentary Standing Committee on Foreign Affairs and Defence called for Fiji to consider adopting an expansive definition of ‘work’.

Raj says Article 2 of the Convention defines the scope of protection as follows, this Convention protects workers and other persons in the world of work, including employees as defined by national law and practice, as well as persons working irrespective of their contractual status, persons in training, including interns and apprentices, workers whose employment has been terminated, volunteers, job seekers and job applicants, and individuals exercising the authority, duties or responsibilities of an employer.

He says this Convention applies to all sectors, whether private or public, both in the formal and informal economy, and whether in urban or rural areas.

Raj says this is an important provision because it gives recognition to and affords protection to forms of employment regardless of their contractual status as well as encompassing both the public and private sectors as well as formal and informal economy.

He adds crucially, the provisions under this Convention give recognition to persons employed under the security sector as well as other classes of workers who may be excluded from the scope of the Employment Relations Act.

Raj says Section 11 of the Fijian Constitution which protects all persons from any form of violence from any source, at home, school, at work or in any other place, is consistent with Article 2 of the ILO Convention 190.

The Director says it is important to note that in Fiji the scope of section 11 extends to violence which is intersectional and includes intersectional forms of sexual harassment and violence adding the Constitution acknowledges that torture is not just physical, that it can be emotional and/or epistemological.

Raj says this will mean that Fiji protects all workers from violence and harassment regardless of the nature of work whether they are domestic workers without a contract of service, police, corrections and military officers, as well as those who work in the informal sector and rural areas.

Raj adds the reason all such workers are specifically included in the Article 2 definition, is that these are the workers who are particularly vulnerable to violence and harassment adding it is precisely because they may not have a written or oral contract of service, or a trade union to represent them, or a salary or wage, that they are more likely to experience discrimination in the work place.

He further says the position taken by the Commission is that Fiji should adopt an expansive definition of ‘work’ that includes the informal sector (domestic helpers and caregivers, market vendors), sectors that are largely non-unionized such as the garment industry and must include foreign nationals that may not have any recourse to remedies.

Raj adds Fiji already has adequate legal safeguards including complaints mechanisms and for access to remedies in terms of section 11 on the right to be free from cruel and degrading treatment, section 20 on employment relations and section 26 (3) on prohibited grounds of discrimination under the Fijian Constitution.  He says the definition of sexual harassment under Fiji’s laws namely the Employment Relations Act of 2007, the Human Rights and Anti-Discrimination Commission Act of 2009, the National Sexual Harassment Policy and the National Gender Policy is progressive.

Raj goes on to say that they need to ensure compliance and coherence of these laws to ensure the protection of the privacy of individuals concerned, protection of whistle-blowers and whether the remedies are gender-responsive, safe, and effective adding such cases must be handled confidentially without the abuse of such confidentiality.