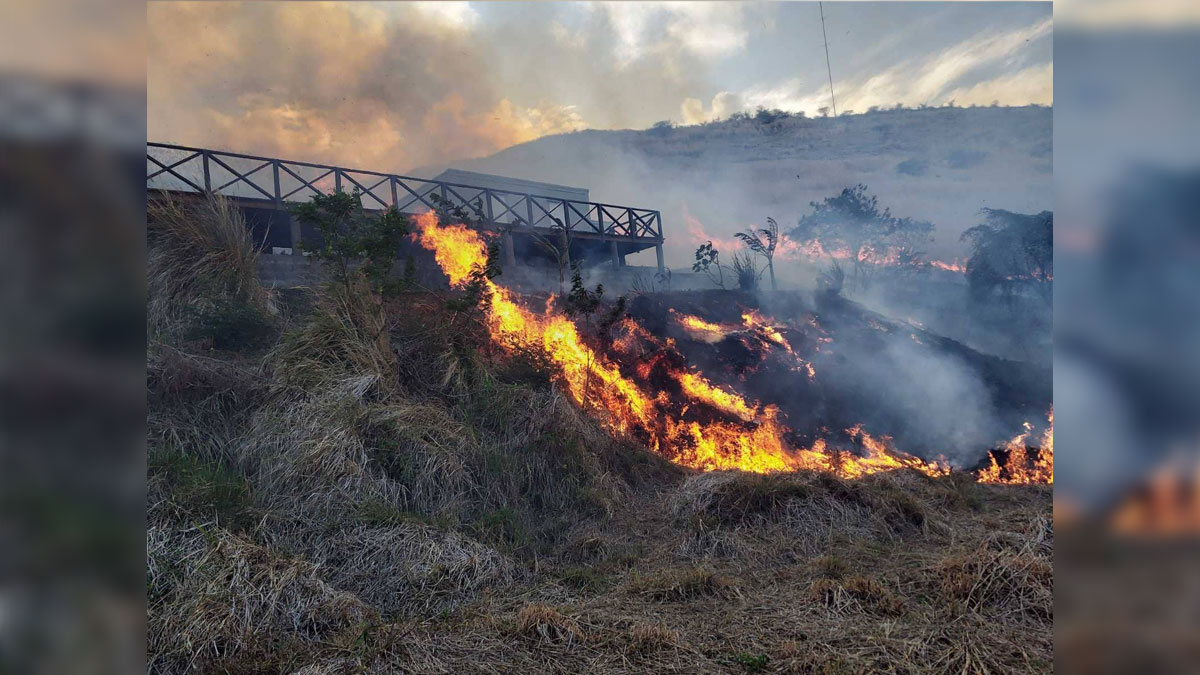 People who carelessly light fires that lead to major grass and bush fires, including cane farmers who are burning their sugar cane fields have been warned by the National Fire Authority as 408 bush and grass fire incidents have been recorded since January to yesterday.

211 bush-fire incidents were recorded last month alone and 33 since Saturday.

NFA says Lautoka Fire Station attended to a major bush fire incident at Tuvu, Lautoka yesterday where the crew received a call at 12.45pm about the incident and the team responded immediately.

They say upon arrival at the scene, the fire team saw a large area of bush was on fire threatening the nearby properties and the team fought the fire and managed to extinguish an Energy Fiji Limited power post that was on fire while a vacant house was also destroyed.

NFA CEO Puamau Sowane says these bush fires have been damaging a lot of EFL power lines which has contributed to continuous power outage around Western Division lately.

The NFA says they are concerned, considering the current dry and windy conditions in the Western Division could easily spread fire and threat to nearby properties.

Sowane says with the current weather conditions in the Western Division people have been warned to take precautionary measures as they continue to receive numerous calls on grass and bush fires every day.

The CEO says majority of these fire incidents have been a result of careless burning, hot and windy conditions where in some instances, dry grass self-ignites once it reaches its ignition point.

Sowane says while these bushfires pose threat to properties and lives, they also impose considerable pressure on their resources.

He says should there be any major fire in the central business centres, NFA could be possibly affected in resource distribution.

The CEO says in just the first 3 days of October, the estimated cost of NFA attending to these grass and bush fire is $16,000.

He adds people’s negligence towards fire safety and a “no-care” attitude is a major challenge for the NFA right now.