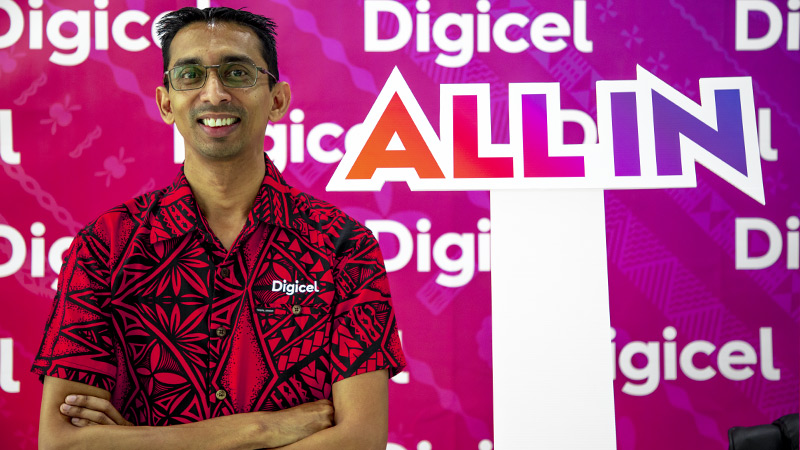 Digicel Fiji has announced one of the biggest reductions in mobile data rates in the country as they are giving people 40GB of data for 30 days for $10.

The massive deal follows the huge reduction in broadband charges and drop in data levy.

Mohammed says that this is a dream deal and a game changer.

He says Digicel is passing on the benefits of reduction in wholesale charges for the FINTEL cable landing station and data levy to its customers.

Mohammed adds that data is king and they want to make sure that people can browse the internet freely without thinking if they have enough data.

The CEO says the latest customer trends in the market suggests that about 60 percent of the people consume less than 20GB of data per month and with this plan they are able to offer them more than double the data, more minutes, longer validity and significant savings.

They have also announced a deal of $5 for 10GB valid for 7 days.

The offer is for Digicel’s existing customers and 100,000 new customers.

No end date for the promotion has been given.