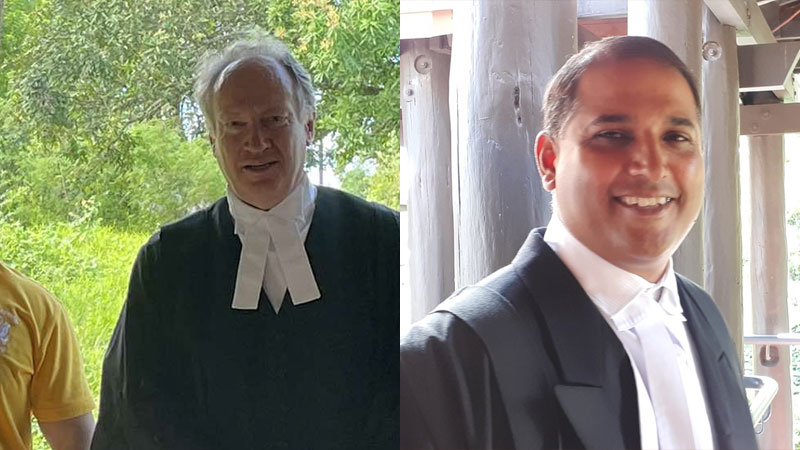 The Court of Appeal will deliver its judgement on notice in the matter where Russian superyacht, Amadea's lawyer has appealed against the High Court's decision to register a warrant that was filed by the DPP for the US to seize the superyacht.

Feizel Haniff who represents the registered owners of the superyacht, Millemarim Investment Limited says the Mutual Assistance in Criminal Matters Act does not allow for the property to be taken away as it is about having it seized and not restrained.

Haniff says a seizure and a restraining order are two different things where to restrain means to preserve a property and to seize is to confiscate it.

He says the US authorities are on the ground seizing it however, our courts does not recognise a seizure order but it does recognise a confiscation order.

The lawyer further says the US Court must submit and conform to our laws and if our law says a restraining order must be applied then they must do it.

He says the US jurisdiction does not extend to Fiji to seize the yacht and Fiji must not put a rubber stamp on their request.

Haniff adds the High Court judge was starstruck about a US order.

He adds on the issue of the superyacht costing the government $1 million, they, as the owners are prepared to pay for it and the US can pay for it as well.

He also requested the court that if it orders for the yacht to sail away then a three day stay on the orders be granted to allow them to make relevant applications to the Supreme Court.

Director of Public Prosecutions, Christopher Pryde says it may be termed as a warrant of seizure but it is a restraining order under the Fijian law.

He says it is not a rubber stamp of a US order but a request for assistance.

Pryde confirmed that keeping the Amadea is actually costing the government $1.2 million and Fiji does not have the budget as Haniff’s clients have but the yacht is still under Fiji’s responsibility.

He also confirmed the US authorities have been on the yacht to gather evidence to be used in the forfeiture proceedings in the US.

The DPP adds registering the warrant, the yacht becomes the responsibility of the Attorney General and they can decide who can come on the boat and in this matter the State and he allowed the US to get on the yacht.

He says the matter regarding proceeds of crime or it being a tainted property cannot be decided here but in the original jurisdiction which is the District of Columbia in the US.

The yacht arrived into the country on April 12th and is docked in Lautoka.

It is unlikely the owner is on board and there are more than 20 crew on board.

The U.S claims the real owner of the superyacht Suleiman Kerimov. The economist and former Russian politician was sanctioned by the U.S in 2018 for alleged money laundering and has faced further sanctions from Canada, Europe, Britain and other nations after Russia invaded Ukraine.