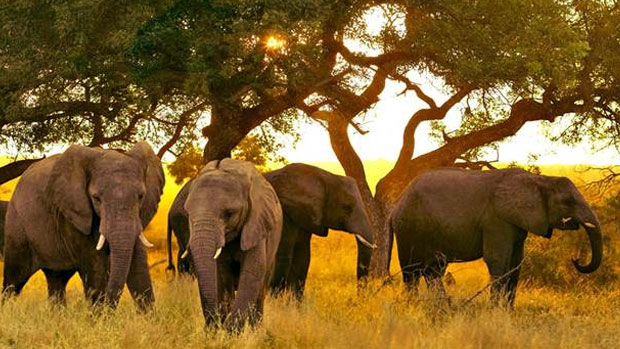 The Disney Nature movie follows a family of elephants in the Kalahari Desert. [File photo / supplied]

Meghan Markle has her first post-royal job: narrating a Disney documentary about elephants.

Disney announced overnight Markle, who is married to Britain’s Prince Harry, is lending her voice to Elephant, to be released on April 3rd on the Disney+ streaming service.

It’s one of a series of animal- and nature-themed features released to mark Earth Month.

The film follows an elephant family on a 1600-kilometre journey across the Kalahari Desert.

Disneynature’s Elephant, an Original Movie narrated by Meghan, The Duchess of Sussex, starts streaming April 3, only on #DisneyPlus. pic.twitter.com/ArpgkbrjRj

Harry and Meghan shocked the world in January by announcing that they were quitting as senior royals, relinquishing official duties and seeking financial independence.

Since late last year, they have been based on Vancouver Island, and will officially end royal duties on March 31.

Minister for Economy Aiyaz Sayed-Khaiyum says that if the travel bubble is up this year then there will be no need to access all of the $455 million l... 51 minutes ago
LATEST NEWS

Osea Tuidraki who allegedly set fire to a church remanded in custody.

The 24-year old man from Votualevu, Nadi who allegedly set fire to the Bible Truth Fellowship Church building in Namaka on Sunday night has been ... 5 minutes ago