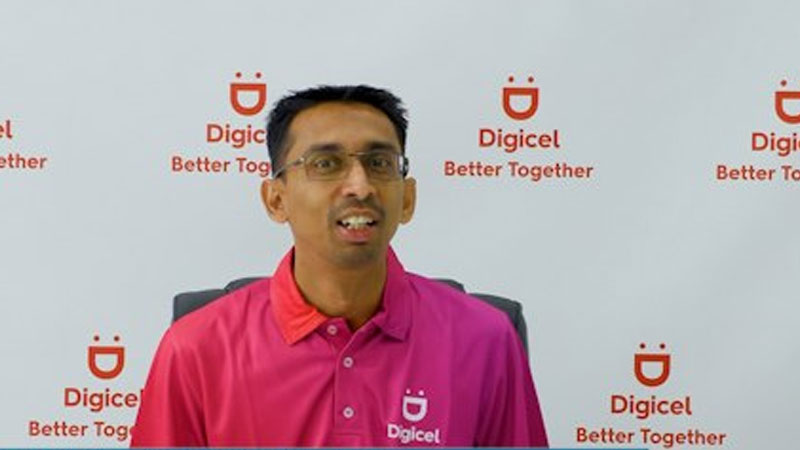 Digicel Fiji has today launched their new logo and announced their new Prime All In Bundles which includes 70GB of data for 30 days for $10.

Digicel Fiji CEO Farid Mohammed says their new Prime All In Bundles features their suite of digital services or apps spanning D’Music for music, BiP for messaging, video and voice calling and gaming, and Billo for cloud storage.

Mohammed says all these apps now have their data allotment so that Digicel customers can feel, touch, experience and enjoy them as they live their digital lives.

He says their new messaging app, BiP is the first app globally that translates to iTaukei language.

Mohammed says BiP also has gaming functions and it has a function of video calling of 10 members at one time.

He says with Billo which is their storage app, Digicel users can store all their pictures and contacts on to a cloud storage platform.

Meanwhile, Mohammed says their logo puts them out globally as the digital operator.

He says they are calling it digital at Digicel.

Mohhammed says they are stepping out and reintroducing themselves to the world as a Digital Operator.

He says their new tag line is better together.