We have surpassed $100m mark for agriculture exports – Dr. Reddy

We have surpassed $100m mark for agriculture exports – Dr. Reddy 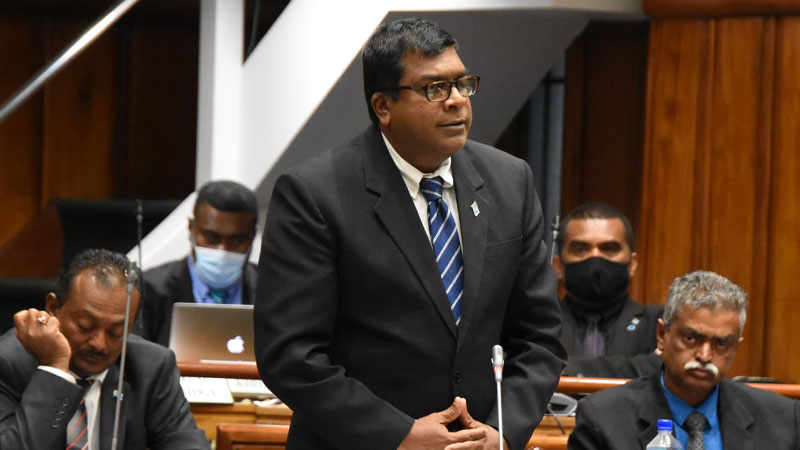 Minister for Agriculture, Dr. Mahendra Reddy confirms work has begun on the possibility of growing industrial hemp as an alternative form of agriculture produce and not marijuana.

He says the focus is on industrial hemp with low levels of Tetrahydrocannabinol that are used for medicinal purposes, manufacturing of fabric, paper and oil.

He says a draft policy paper is in place and a series of public consultations have been undertaken.

Dr. Reddy says to further address legal issues, the upcoming Attorney General’s Conference will have a dedicated session on the Industrial Hemp Bill to fine tune it.

Meanwhile, Dr. Reddy says agriculture exports have risen from $54.1 million to $106 million from 2010 to 2019 and this is a remarkable feat as they have surpassed the $100 million mark for the first time.

He says this has been achieved despite restrictions and an increase in freight rates.

Dr. Reddy adds the total volume and value of agriculture production increased by 5.6 percent and 2.9 percent respectively in 2019 and 2020.

The Minister for Agriculture says hotels and resorts in Fiji spent $74 million to buy fresh produce pre-COVID-19 and of this amount, 52 percent was spent on imported produce.

He says Fiji has the potential to cut the importation substantially by growing and buying our own.

Dr. Reddy says they are working on ensuring that there is consistent supply of produce to hotels and resorts.