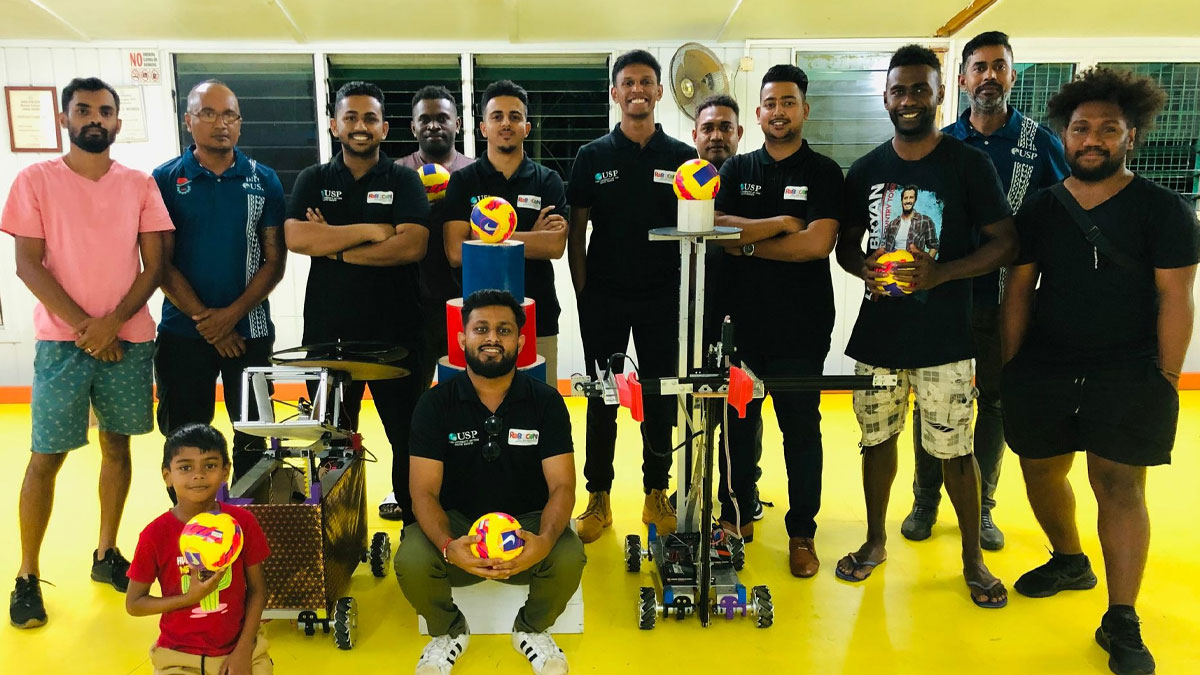 The University of the South Pacific has won the Tokyo Electron Award at the ABU Asia-Pacific Robot Contest, Robocon.

The USP team consisted of students from the School of Information, Technology, Engineering, Mathematics and Physics with Arshaque Ali leading the team alongside team members Shahil Prasad, Salveen Deo and Shahil Kumar together with Dr Sheikh Azid and Dr Sumesh Narayan as instructors.

The award was given to team USP as the shooter robot was able to complete the target on the first attempt, which was quite a challenge for other teams.

Team leader, Arshaque Ali says the team was grateful and delighted to have chosen USP to enhance their career in the field of engineering.

Since 2002, USP has actively participated in the ABU Robocon Competition, and this year marks the University's 20th year in this partnership with ABU.