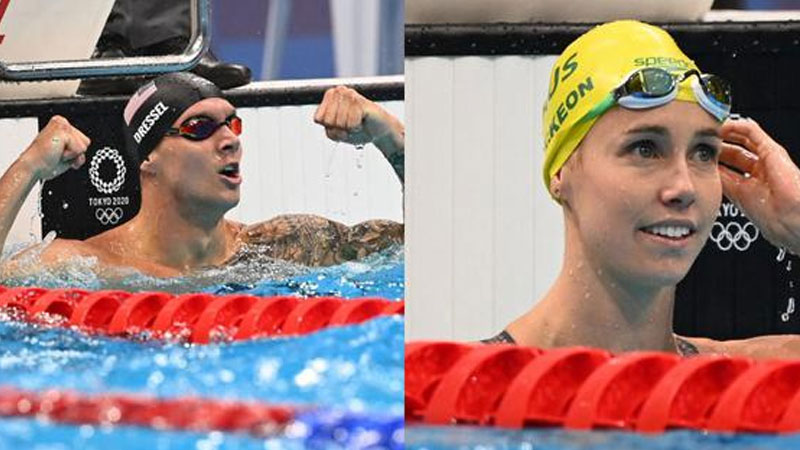 She won the 50 metres freestyle before helping Australia win the women's 4x100m medley relay on the final day of the swimming competition in Tokyo.

American Caeleb Dressel, meanwhile, powered to victory in the 50m freestyle and swam an inspired butterfly leg in the men's medley relay to finish with five gold medals.

Compatriot Robert Finke completed the distance double, mustering a late surge to win the 1,500m freestyle to add to his 800m gold.

McKeon will leave Tokyo with four gold medals - two in the individual sprints and two relays.

American Phelps holds the swimming record of eight medals won at a single Games, doing so at Athens 2004 and in Beijing four years later. Former Prime Minister and Leader of the People's Alliance Party, Sitiveni Rabuka has assured the new Indian High Commissioner that the People’s ... 56 minutes ago