Thousands of people in parts of Lami, Suva and Nasinu face water cuts

Some residents have been without water for three days

Thousands of people in parts of Lami, Suva and Nasinu face water cuts

Some residents have been without water for three days 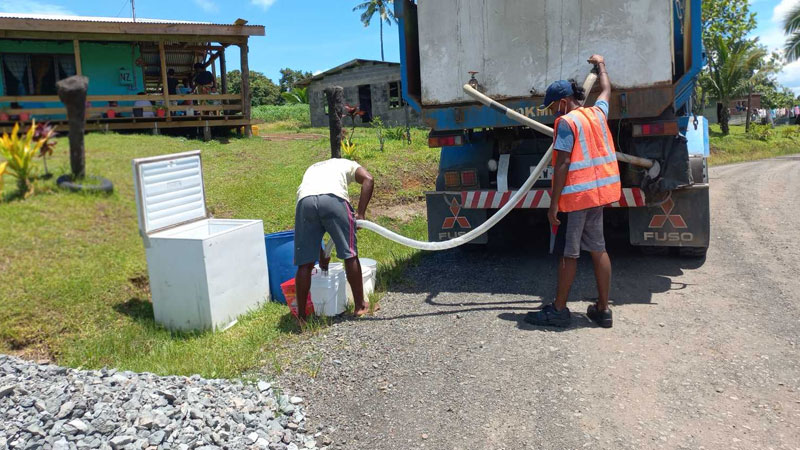 Thousands of people in parts of Lami, Suva and Nasinu woke up to no water supply for the third consecutive day this morning with the Water Authority of Fiji yet to confirm when water supply is expected to be restored to affected residents.

In a post on its Facebook page, the Water Authority of Fiji is saying their reservoirs are experiencing low production levels due to high turbidity levels or dirt in the water caused by the recent heavy rain.

The increase in raw water turbidity also caused major water disruptions in the Suva to Nausori corridor two weeks ago.

At the time, WAF stated that excessive turbidity is experienced at the beginning of every rainy season as silt and dust from the dry period gets deposited into major rivers by floodwaters and runoffs.

According to WAF, heavy rain loosens the soil or any other material on masses of land which then gets washed into the water, thereby increasing turbidity.

Residents currently affected by water disruptions are concerned that WAF is saying that they should expect to experience disruptions to their water supply until further notice.

WAF is even asking people now to store water for two to three days when it is available.

We have sent questions to WAF.

In Sakoca in Nasinu, affected residents have been without water since last Friday.

We spoke to Nikita Singh who says they have to call the Water Authority of Fiji three times a day about the water disruptions in their area.

Singh says ten families rely on the water tank they have.

She also says even though WAF sends water carting trucks, they don't have long hose pipes to fill their water tanks.

Singh adds they have to carry buckets of water to fill their water tanks.