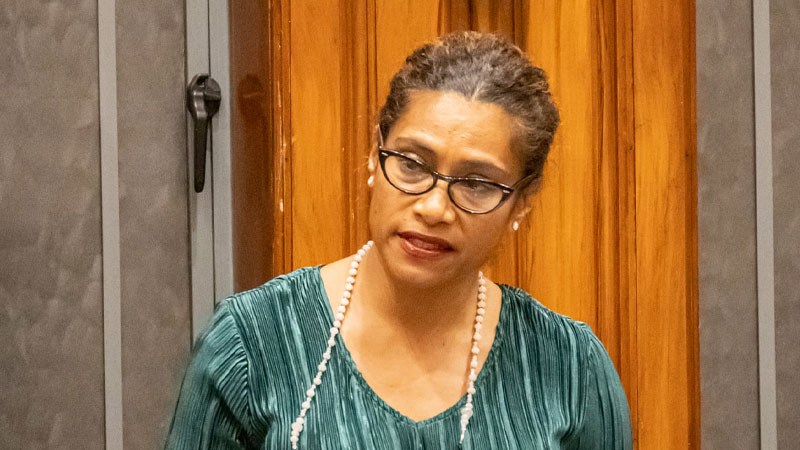 A motion by SODELPA MP Lynda Tabuya for the overseas travel allowance of the Prime Minister to be reduced by $175,000 has been defeated in parliament.

During the committee of supply stage of the budget debate, Tabuya said this is an unnecessary expense especially during the COVID-19 pandemic.

He says at a time like this, travelling should not be included at all in the budget and the Government seems to be plugging figures into programmes without much thought.

Attorney General and Minister for Economy Aiyaz Sayed-Khaiyum says overseas travel expenditure for the Prime Minister's Office was previously a lot bigger and it has been reduced over the last few years particularly given COVID-19.

He says $175,000 has been allocated and the overseas travel allocation for last year was also there but it wasn't used.

Sayed-Khaiyum adds similarly, they have $175,000 and made the allocation because the vaccine is in place and in the event there is a need for the Prime Minister to travel they have the funds set aside.

He says it is about making sure there is a transparent process to this because if we can travel next year they don't want to be going around deploying funds for the Prime Minister to travel.

Sayed-Khaiyum says this has been done with the rightful reasoning.

Digicel has announced the launch of Digicel Unified Collaboration as a service with Webex today. Digicel Fiji’s CEO, Farid Mohammed says they ... 36 minutes ago