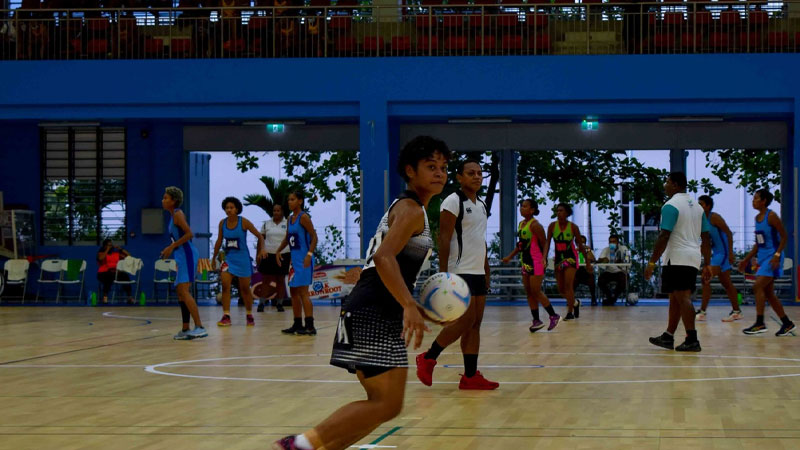 The Fiji Sports Council has confirmed that people can enter and use their facilities 14 days after getting their second COVID vaccine jab however, the NEWWORLD IGA Suva Netball Association says they should have been informed earlier rather than their Knockout Competition being stopped at the National Netball Centre on Saturday.

Suva Netball President Georgina Lasaqa says they were told that COVID protocols were not being followed.

Lasaqa says the Sports Council officials told them that one of their executive members just received his second jab last Tuesday and he needed to wait 14 days to be part of the competition.

She says they have asked the Permanent Secretary and the Minister for Health to clarify this, and both have confirmed that it is not the protocol to wait after 14 days to take part in any sporting activity.

Lasaqa says they would have understood and respected if this was made public to avoid any unnecessary discussions.

She says it was in the afternoon that they decided to shut down the games when they just had two games left to be played.

Fiji Sports Council Chief Operations Officer Ashni Sharma says compliance with this guideline was a matter of safety for everyone concerned and the Fiji Sports Council was, so far, pleased with the cooperation rendered by the National Sports Organizations, corporate bodies, church groups, tertiary organizations, and numerous other agencies that patronize the Council’s services.

Sharma says while the Ministry of Health has issued its advisories on COVID-19 vaccinations in line with a return to safe sports and work, the Fiji Sports Council, as a general safety precaution, stands by its rule to allow only fully vaccinated individuals who have completed their 14-day activation period.

She says they reserve the right to maintain COVID-19 prevention standards that have been implemented as national directives to ensure safety at all times.

Permanent Secretary for Health Dr James Fong says they have advised venue owners that adding 14 days will add value but venue owners have the right to dictate such conditions over and above the 2 dose mandate.

Fijian Drua centre Kalaveti Ravouvou who will make his debut for the Vodafone Flying Fijians this afternoon is relishing the opportunity to play again... 14 minutes ago
LATEST NEWS

20 people were charged with a total of 47 counts of serious sexual offences last month. Of the 20 people charged, two were 17-year-old boys who ... 23 minutes ago