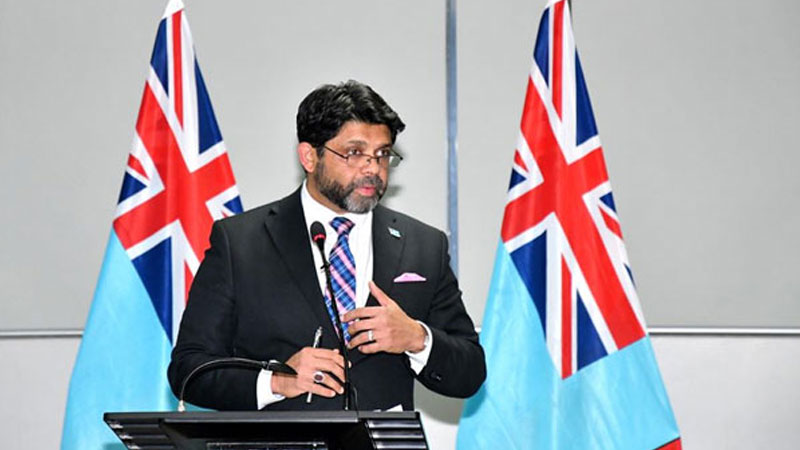 Minister for Economy, Aiyaz Sayed-Khaiyum has today revealed the second wave of Fiji National Provident Fund COVID-19 assistance where members who have lost their jobs will be able to access $1,100 from their general accounts or will be paid $1,100 by the government over 5 fortnightly instalments.

Sayed-Khaiyum says the 2nd wave of assistance is for unemployment benefit.

This includes all the people who have already received assistance and those who have become unemployed since the 1st wave.

However Sayed-Khaiyum stresses that it does not include those that were unemployed 6 months prior to this and those who are on reduced hours.

He says schemes on how to assist those will be announced later.

Sayed-Khaiyum says there are two categories of FNPF members that will be assisted.

These people do not have to go to FNPF to fill in the forms for first payment.

Before the second fortnightly payment, these people have to go to their employer and that employer has to confirm the details to FNPF before the remaining 4 instalments continue.

Sayed-Khaiyum says the government will make the first $220 fortnightly payment for these people next week.

He says for these people to get the balance of the payments of the five installments of $220 they will need them come in the following weeks to fill out the form with their employer to confirm that they are still unemployed.

Sayed-Khaiyum says there are some people who have received assistance but still have amounts left in their General Account and are unemployed.

These people will be again entitled to the $220 paid over five fortnights and again government will top it up.

Sayed-Khaiyum says for example – somebody may only have %500 in their General Account so the government will top up $600 to make the $1,100.

The application process for these people will start on 9th June.

He says they estimate at this point in time given the current trends of those that have applied that it will cost government about $30 million over the five fortnights.

87,489 applications have been received from FNPF members for the first wave of COVID-19 member assistance. 78,519 members have been paid $49.7 million.

The remaining members withdrew a total of $42.9 million from their FNPF accounts. Close to 4,600 applications will be processed and paid out by the end of May for the first wave of assistance