Plans in place for Fiji to build UN House

Plans in place for Fiji to build UN House 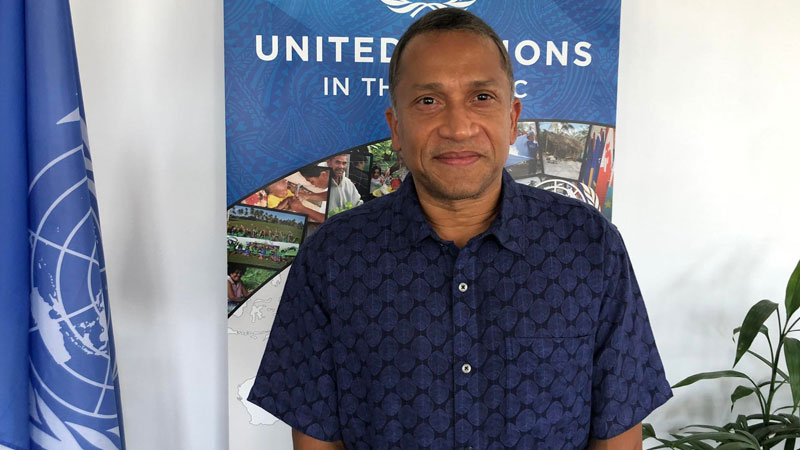 UN Resident Coordinator for Fiji, Sanaka Samarasinha says there are a number of economic and financial benefits of having the United Nations in Fiji following confirmation that the Fijian Government is paying for the rent of all UN agencies in the country, and the Fijian Government will be building a new UN House in Suva.

Samarasinha says the Fijian Government has been paying rent for UN agencies and this was an agreement that was made before he came here in 2018 and adds this is nothing unusual.

He says Fiji is a member state of the UN and this is a very normal arrangement.

Minister for Economy, Aiyaz Sayed-Khaiyum had announced in the 2021/2022 National Budget that Fiji has agreed to construct a United Nations Building to serve as the UN Headquarters in the Pacific.

Sayed-Khaiyum said we are the hub of the region, and we look forward to being the home of the UN’s Pacific operations.

He had said that they are inviting private investors to build a “Purpose-Build” building to accommodate all of the services of the United Nations in a single, secure, and functional complex in the central business district of Suva.

Sayed-Khaiyum also said that three possible sites were identified, and there are potential investors who are willing to provide a total office floor area of at least 10,000 square metres including coffee shops, car parks and other requirements of the UN.

The Attorney General said that the investor, once selected, will be required to complete the building in no more than 30 months from the date of the letter of undertaking.

He said from the day they break ground on this HQ, the government will create jobs in construction, and playing host to the UN will reap huge benefits for Suva, for Fiji, and the Pacific at-large.

Samarasinha today said that Fiji is the Pacific hub of the United Nations and they have implemented around $200 million worth of programs in Fiji since 2019.

He says hundreds of Fijians are currently being directly employed by the UN in the country and there are other economic benefits that go with it.

Samarasinha says finance is not the real focus of their work.

He says they are not a funding agency and they do not give grants but what they do is to strengthen the systems that need to be in place to provide services to the people.

The UN Resident Coordinator has also said that they have looked at some potential sites for the UN House in Fiji however this is still work in progress.

Samarasinha says they work with Fiji to attract financing and much of the work they do is not seen by the public because they do it very closely with other partners. While speaking on the UN’s cooperation framework over the next 5 years, Samarasinha says they will be focusing on impacts of climate change, equal rights, eliminating violence against women, health services and education.

He says currently there are 26 UN agencies and entities that work in Fiji and the new Corporation Framework could see an increase in these entity numbers physically or remotely.

Samarasinha adds they have about 1,000 workers in the Pacific and over half of them are in Fiji, of which 75% are Fijians.

Meanwhile we have sent questions to the Permanent Secretary for Economy, Shiri Gounder on what is the total annual rent being paid for UN agency offices, what is the total construction cost for the planned UN House and the source of the funds to construct the building.