Over 130,000 Fijians will continue to be assisted through Social Welfare programs in the new financial year

Over 130,000 Fijians will continue to be assisted through Social Welfare programs in the new financial year 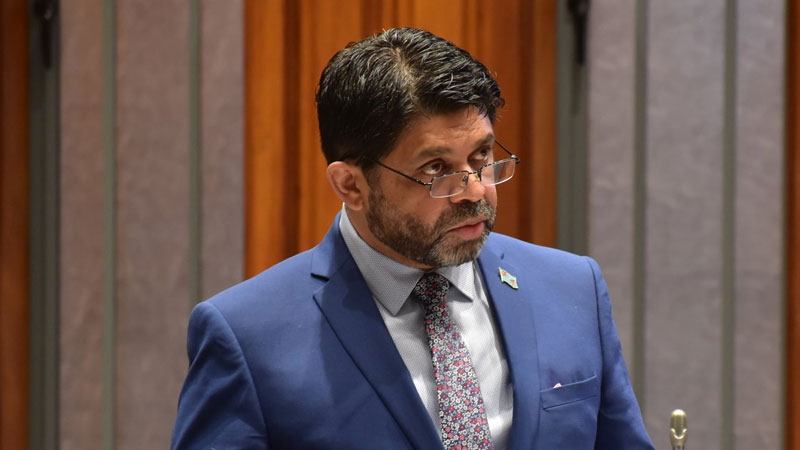 Government will continue to assist more than 130,000 Fijians through their Social Welfare programs in the new financial year.

Minister for Economy Aiyaz Sayed-Khaiyum says despite massive reductions in fiscal revenue, government has not forgotten its obligation to protect the most marginalized Fijians.

The Minister for Economy says $55 million has been allocated for the Social Pension Scheme which will support 48,094 Fijians above the age of 65.

They will receive a monthly payment of $100.

He says $36 million has been allocated to assist 27,490 Fijians through the Poverty Benefit scheme.

Sayed-Khaiyum says a further $1 million is allocated for the Food Voucher Program for rural pregnant women.

He adds overall funding for social protection initiatives has been reduced by $4.2 million compared to the 2020-2021 financial year.

Sayed-Khaiyum says this is does not mean that they are scaling down but because they are making sure that the assistance reaches the people who really need it.

The Attorney General has also acknowledged the Australian Government for providing budget support to selected social welfare programs in the 2020-2021 financial year which will also be applied to the new financial year.

The Minister for Economy says for the financial year 2021-2022, tax revenue collections are projected at $1.597 billion, 43.3% lower than pre-COVID levels.

He says compared to the 2020-2021 financial year, tax collections are higher due to lower estimated VAT refunds as large backlog of outstanding refunds were cleared in this financial year.

This higher collection is also based on the assumption that there will be some form of reopening of the borders in the first half of 2022, but arrivals are conservatively estimated at around 20% of preCOVID levels for revenue projection purposes.

Sayed-Khaiyum says it is important to note that the Government will also carry over around $150 million in cash balances to the new financial year. He says this provides an additional buffer in the event if tax revenues do not perform as projected.

Apart from this, non-tax revenue is estimated at $487.5 million.

The Minister for Economy says the Government will continue reforms with further divestments planned for Amalgamated Telecom Holdings Limited, Fiji Airports Limited and some other small entities.

He says this is expected to generate around $150 million in non-tax revenue.

Government is also in discussion with a number of development partners for more budget support grants which is conservatively budgeted at around $116.3 million.

Based on the assumptions, the total revenue for 2021/2022 National Budget is projected to be around $2.1 billion. This includes tax revenue of around $1.6 billion and $488 million in non-tax revenue including grants and divestment of shares.

On the expenditure front, Sayed-Khaiyum says reductions have been made in operational expenditure across Government, including a freeze in civil service recruitments and reductions in other current expenditures.

However, new expenditure demands have been catered for to provide targeted assistance to those unemployed and vulnerable, and fiscal support provided to businesses and the tourism industry to sustain themselves before the borders open up.

The total expenditure for the next budget is around $3.69 billion.

However, the Minister for Economy says as seen in this financial year, it is likely that actual debt could be lower than projected if border reopening and pick up in tourism and other sectors are much stronger than anticipated.