No pay for 60 days for SODELPA (in suspension) members

No pay for 60 days for SODELPA (in suspension) members 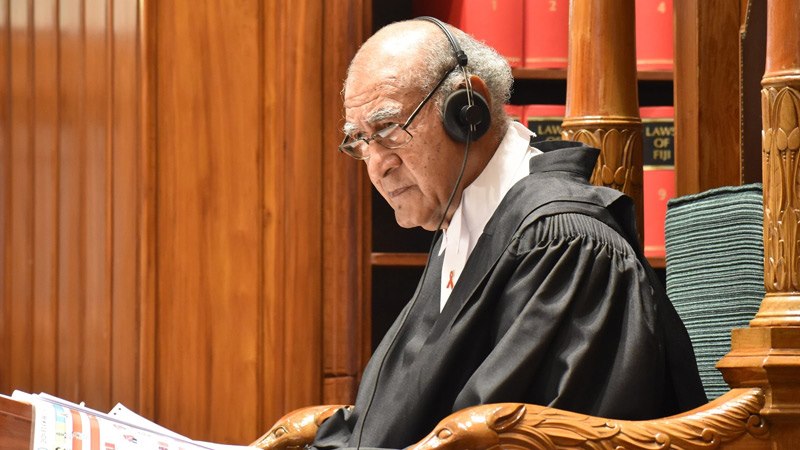 Speaker of Parliament Ratu Epeli Nailatikau has informed parliament that SODELPA (in suspension) or any of its members cannot be entitled to any remuneration or allowances for the duration of the suspension which is 60 days.

Ratu Epeli says during the period of suspension, members of parliament of the suspended SODELPA including caucus staff are not permitted to access the parliament premises.

He says the members concerned have been duly informed that they are suspended from parliament for 60 days with effect from 26th May 2020.

Ratu Epeli adds the suspension will be reviewed once the status of the suspended political party is determined by the Registrar of Political Parties.

Registrar of Political Parties, Mohammed Saneem suspended SODELPA for 60 days as it failed to conduct its management board meeting as per their constitution.

Saneem says this is a clear breach of the Political Parties Act.

He says failure to remedy this breach would result in the deregistration of the party.

This has been done as it was established that both meetings at Holiday Inn and Kshatriya Hall were not held according to the SODELPA (in suspension) constitution where the purported appointments were made.

Saneem also says the quorum was also not met in both meetings.

He also highlighted that there are multiple versions of the SODELPA (in suspension) constitution after an approach was made to the Registrar of Political Parties.

The Registrar says a complaint was received from Watisoni Nata on 19th May this year regarding purported amendments and fraudulent activity in terms of the suspended party’s constitution. Saneem says it was noted that Nata annexed six versions of the party constitution that had been made available to party officials in their meetings and other activities by Adi Litia Qionibaravi.

He says there were other versions of the party’s constitution circulating, which the Registrar had no knowledge of.

Saneem says some of these versions had parts of the party constitution missing, and he says this was concerning as Adi Litia Qionibaravi had circulated those versions.

He says it is now unclear which version of the party’s constitution is the correct document.

Saneem also says Nata has said that the omissions in the suspended party’s constitution was designed to help the case of Sitiveni Rabuka to remain in office.

Saneem is also leaving it to relevant authorities as this could also be seen as uttering a forged document. He also says that the position of the party’s Treasurer has been vacant for some time.

The Fiji Revenue and Customs Service Acting CEO, Fane Vave confirms the screenshot of an email which is allegedly talking about overstating of governm... 27 minutes ago
LATEST NEWS