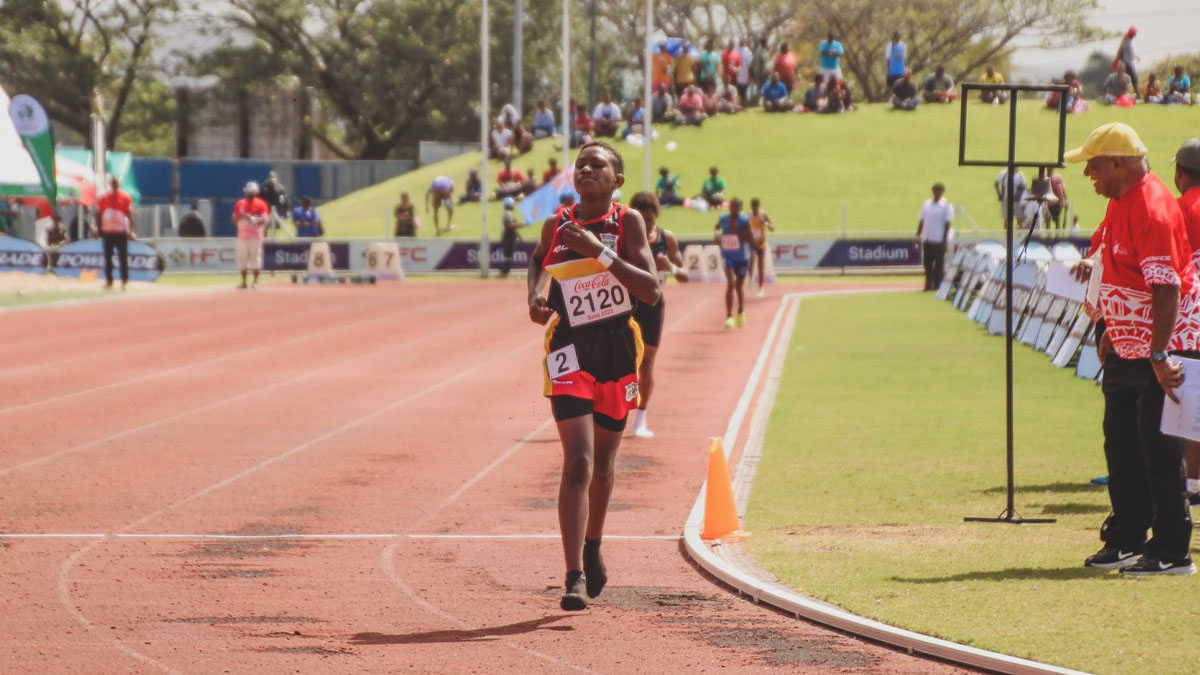 Laisiana Kororua from Naitasiri Secondary School has won the first gold medal of the 2022 Coca Cola Games after winning the Sub Junior 1,500 metres event at the HFC Bank Stadium.

Kororua says while running, she kept a close distance with the leading athlete because she understands that the athlete will get tired before finishing the race.

She says this is her first time competing in the Coca-Cola Games and she wants to dedicate the win to her family and supporters of Naitasiri Secondary School.

Kororua will also be running in the 3,000 metres tomorrow.

Mere Fotu from Vunisea Secondary School has taken home the silver medal while Elizabeth Kalouniviti of Dreketi has settled for the bronze medal.

The 1,500 metres finals are currently underway.

23 gold medals are at stake today.

Stay with us for the running medal tally updates, results and interviews.