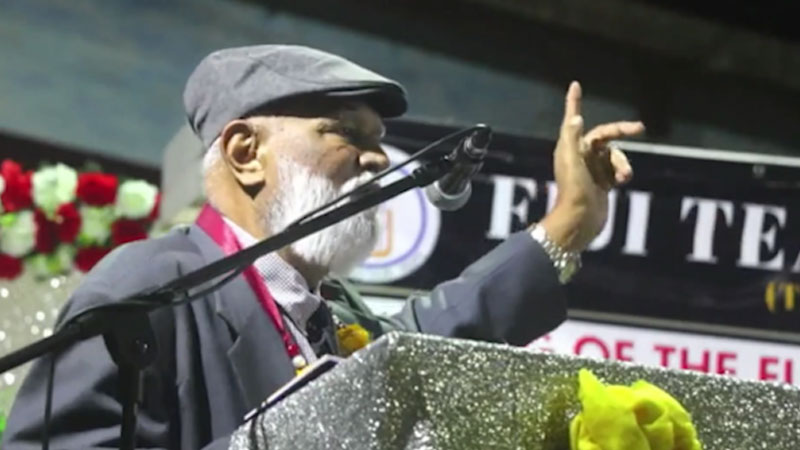 Former Minister and trade unionist, Krishna Datt says one common thread in the history of the Fiji Teachers Union is its involvement in national politics and it is nonsense that there are those who think that teachers or professional organisations must not have anything to do with politics.

He made the comments while speaking at the launch of his book on the history of the Fiji Teachers Union.

Datt says in the search for teachers rights, it was the Fiji Teachers Union that formed and launched the Fiji Labour Party in 1985.

He adds they made big sacrifices.

Datt adds he was the principal of Suva Grammar School when he was asked to resign and take up the position of General Secretary of the Fiji Labour Party.

He says we forget these sacrifices so easily.

He says the book is over 500 pages and it is not a sequential and chronological account of history but is an interpretative account.

Datt is also an NFP member and political advisor.

More Fijians are expected to get employment opportunities in Australia after Labour Solutions Australia interviewed 56 potential workers since ... 32 minutes ago