Permanent Secretary should not be engaged in political debate - Naidu

Permanent Secretary should not be engaged in political debate - Naidu 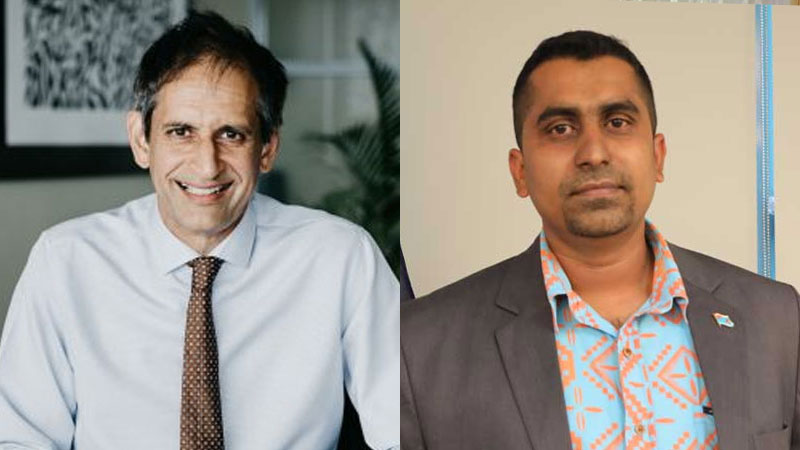 Permanent Secretary for Economy, Shiri Gounder says the alternative of the Government not borrowing during the COVID-19 crisis would have been catastrophic for the economy and would have further worsened the socio-economic challenges.

Gounder says as we now come out of the crisis, and the economy is on the recovery path, public debt to GDP ratio will be put on a downward trajectory as part of Government's medium term fiscal startegy.

He says a mix of policies ranging from supporting a private sector led economic recovery, tax reforms, expenditure readjustment and other broader public sector reforms will be pursued.

Gounder further says the public debt debate in Fiji cannot happen in isolation and it cannot be detached from the COVID-19 crisis and Fiji’s economic and fiscal response to the crisis in the last 2 years.

Gounder says the recent increase in public debt and the COVID-19 crisis are intrinsically linked and this contextualization is critically important to undertake any meaningful analysis on public debt.

He says prior to COVID-19 the debt to GDP was on a downward path and below 50 percent of GDP.

Gounder says then we had the COVID-19 crisis - a once in a 100 year event which had a devastating impact on the Fijian economy, jobs, socio-economic conditions and Government finances.

The Permanent Secretary says following the COVID-19 induced economic devastation and the massive decline in tax revenues by almost 50 percent, public expenditure had to be maintained near pre-pandemic levels to ensure no major disruption in the delivery of government services and to also fund the large unemployment support and relief payments of almost $500 million to assist those affected.

He says other expenditure like civil service salaries, funding support to the health sector and spending on infrastructure and public utilities continued.

Gounder says the multilateral agencies like the World Bank, Asian Development Bank, Asian Infrastructure Investment Bank and bilateral partners like the Japan International Cooperation Agency, Australia and New Zealand supported with highly concessional financing and budget support grants which reaffirmed that the fiscal response to the crisis was appropriate.

Naidu says some of what’s said is not correct.

He says thirdly, the solution - “mix of policies ranging from supporting private sector led….” etc - all the vague words in the sentence - is the same horse they have been flogging to death for the last 10 years with no result.

Fijian Drua centre Kalaveti Ravouvou who will make his debut for the Vodafone Flying Fijians this afternoon is relishing the opportunity to play again... 13 minutes ago
LATEST NEWS

20 people were charged with a total of 47 counts of serious sexual offences last month. Of the 20 people charged, two were 17-year-old boys who ... 22 minutes ago