Djokovic visa situation: Aus Deputy PM says rich people cannot wander around the world thinking they are above the law

Djokovic visa situation: Aus Deputy PM says rich people cannot wander around the world thinking they are above the law 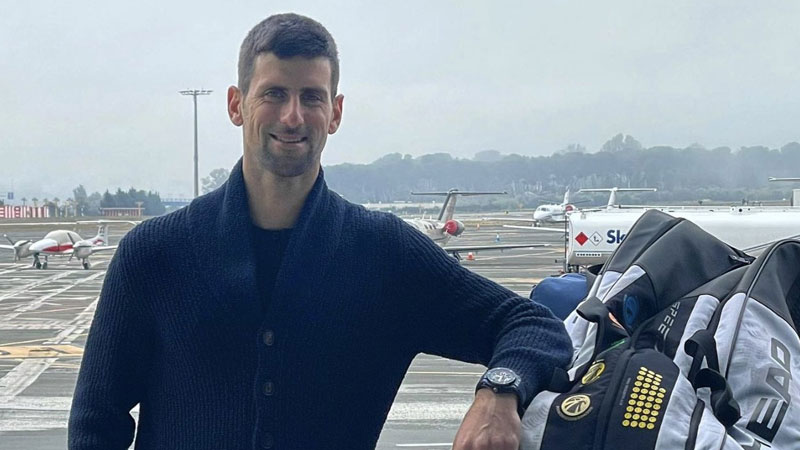 Australia's Deputy Prime Minister Barnaby Joyce says world number one men's tennis player Novak Djokovic should be deported from Australia if he has not told the truth about his exemption from vaccination rules.

Djokovic who had travelled to play in the Australian Open is in immigration detention after his entry was denied.

Joyce told the BBC rich people cannot wander around the world thinking they are above the law.

A court will decide on whether Djokovic should be deported on Monday.

The 34-year-old Serbian player who has said he is opposed to vaccination had been granted a medical exemption to play in the tournament in Melbourne for unspecified reasons, a decision that infuriated many Australians.

The exemption was given by two independent medical panels organised by Tennis Australia and Victoria state.

Happy New Year! Wishing you all health, love & joy in every moment & may you feel love & respect towards all beings on this wonderful planet.

I’ve spent fantastic quality time with loved ones over break & today I’m heading Down Under with an exemption permission. Let’s go 2022! pic.twitter.com/e688iSO2d4

He is being held at a hotel used for immigration detention in a Melbourne suburb.

BBC News reports Djokovic's team challenged ABF's decision, and a hearing at the Federal Circuit and Family Court of Australia has been scheduled for Monday.

It is not yet clear whether Djokovic will remain in the same hotel until then.

Thousands of people living in Lami, Delainavesi, Kalekana, Qauia and Suvavou are without water this morning due a burst main along ... 27 minutes ago

A 16-year-old from Ba is one of the five newly reported deaths from leptospirosis recorded by the Health Ministry. There are 111 new cases and an ... 39 minutes ago