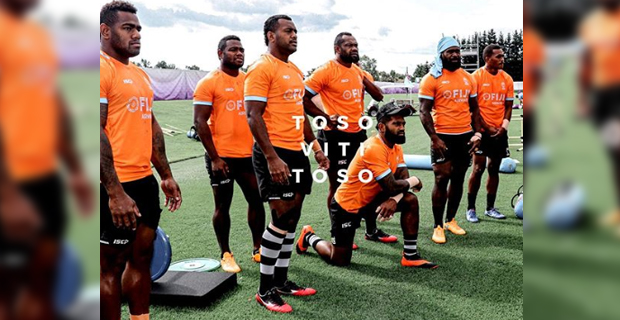 It has already been revealed that McKee will be out of contract at the end of this Rugby World Cup cycle however he is already planning for the 2023 tournament in France.

McKee also says securing Fiji's place in France will give him the chance to blood new talent over the next four years, with some experienced hands expected to retire.

He says this is a routine exercise for all our national rugby team coaches.

The next Board meeting is scheduled for early November.

McKee will now prepare the Fiji team for the Barbarians test match in Twickenham on 16th November.

Meanwhile, England Rugby Coach Eddie Jones will be fresh off the plane from Japan and the Rugby World Cup to lead the Barbarians and he has emphasized that being selected to coach the Barbarians was such an honour. Fiji Airways Flying Fijians coach, John McKee will be out of contract at the end of this Rugby World Cup cycle according to worldrugbynews however McKee is already planning for the 2023 tournament in France.

McKee also says securing Fiji's place in France will give him the chance to blood new talent over the next four years, with some experienced hands expected to retire.

The process is expected to be undertaken by the Fiji Rugby Union board where they get reports from the coach and management, and further discuss what is best for the team going forward.

We will have more later today.

Fiji Airways Flying Fijians Coach John McKee is proud of what the players achieved in their game against Wales last night.

Speaking after their 29-17 loss to Wales, McKee says they really took the game to another level against the Six Nations champion.

He says a lot of work has gone into their preparations and the players have put in their best for this tournament.

Flying Fijians captain, Dominiko Waqaniburotu says it is not always easy taking part in this tournament, the pressure is always there and the players performance after their defeat was very professional and graceful.

That was a pulsating encounter 👏

Fiji remains in third place in their pool with 7 points, Australia is now in second with 11 points while Wales is in first place with 14 points.

Serious stats from @mastercard Player of the Match Semi Radradra.

Two more matches are left in Pool D with Australia taking on Georgia at 10.15 pm tomorrow while Wales will face Uruguay at 8.15 pm this Sunday.

He has made one change from the team that beat Georgia.

Viliame Mata will start the match at number 8 while Peceli Yato has been named on the bench.

TEAM ANNOUNCEMENT 📢 Our lineup for the match against Wales at Oita Stadium on Wednesday Not much changes from last weeks game, the boys recover well after their last game, and went back to business as they continue to build on the momentum as they prepare to face Wales in the last pool game.

Fiji is now second in Pool D with 7 points while Wales leads with 9 points.

It is important to note that Australia who are third with 6 points plays Uruguay on Saturday in their third game.

The win also means Fiji is in contention for direct qualification for the 2023 Rugby World Cup.

Fiji still has a chance to qualify to the play-offs provided they beat Wales with a bonus point and stop Wales from getting any bonus point and hope that Wales loses to Uruguay or that Australia loses one of its two matches.

Fiji stepped up when it came to the scrum matching the Georgians as Fiji won 19 set pieces and had a 100% success rate in the scrum.

Fiji will now play Wales in an all important match at 9.45 pm next Wednesday. 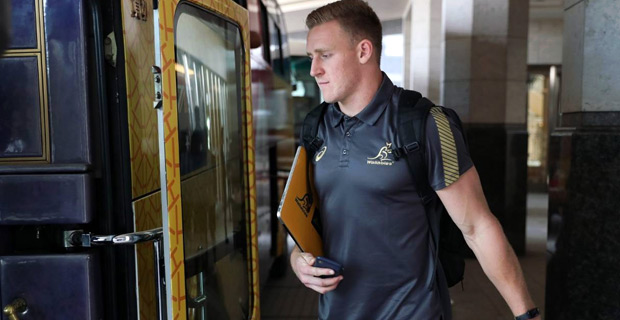 The framework gives officials guidance on whether an act of foul play is worthy of a sanction.

Hodge, a rugby professional for three years with 38 Wallabies caps, made the remarkable assertion in his defence against a citing for a dangerous high tackle at the Rugby World Cup.

In a report on the disciplinary hearing released on Thursday, a day after Hodge was suspended for the Wallabies' remaining three pool games, the disciplinary committee was taken aback and concerned by Hodge's claim. 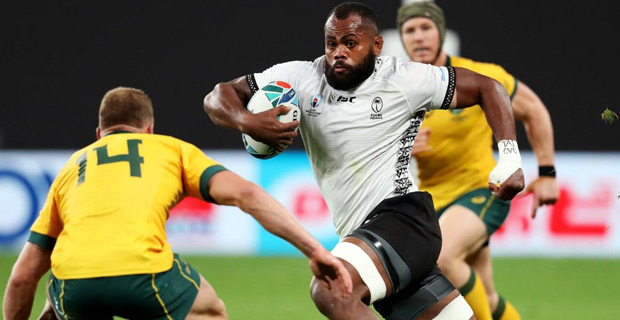 The committee noted: that Hodge conceded that he had no effective knowledge of World Rugby's `Decision-making framework for high tackles' - had not been trained on it, was not across it because the tackles he makes are predominantly in the waist to knees area.

The panel disagreed with Hodge's defense that Yato hit him and not the other way round, that Hodge initially intended to tackle him hip-high, that Yato lowered himself before the tackle, and that the tackle was reactionary.

Australia will face Wales at 7.45 pm this Sunday. 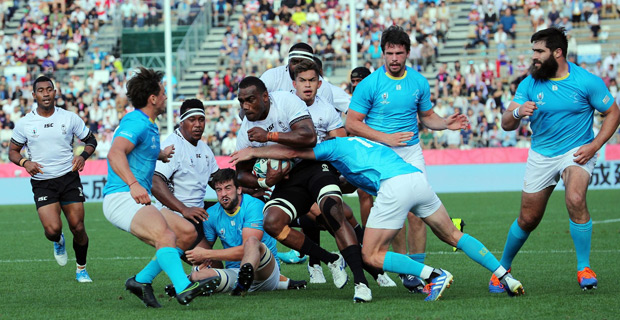 The Fiji Airways Flying Fijians still have a mathematical chance to qualify for the Rugby World Cup quarter-final despite a hopeless performance against Uruguay yesterday.

This will be based on other results going our way.

Fiji has to thrash Georgia by 50 or more points and we have to beat Wales.

For Fiji to qualify, Australia has to beat Wales by 21 points or more and Wales win margins has to be less than 10 points.

Great respect for the crowd from @FijiRugby 🇫🇯👏

If this happens then Fiji is likely to face England in the Rugby World Cup quarter-final.

England is likely to top their pool and will meet either Wales, Australia or Fiji in the quarters - depending on how results go in the remaining rounds.

Defending champions, New Zealand will either meet Japan, Scotland or Samoa in the second quarter-final.

Australia or Wales will take on France or Argentina in the third quarter-final.

Ireland is likely to meet South Africa in the last quarter-final.

Barring any upsets, the All Blacks will meet England in the first semi-final on Saturday 26th October.

Australia or Wales will meet South Africa in the second semi-final on Diwali night on Sunday 27th October.

The World Cup Final will kick off at 9pm Saturday, November 2nd.

Many people are predicting the All Blacks to meet the Springboks in the final.

However, England, Australia, Wales, France, Ireland, and Argentina could spring a few surprises that may result in a change in scenario on the road to the final. 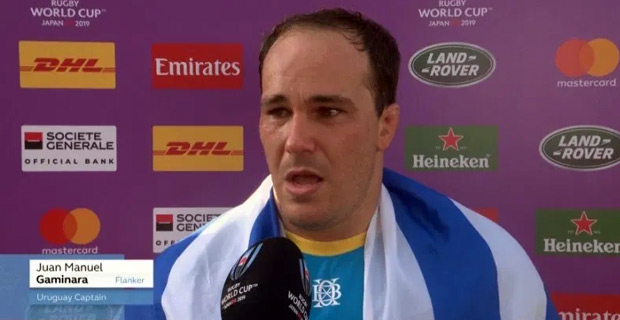 As the South American side caused easily the upset of the tournament so far, Gaminara led Uruguay to the most significant victory in their short history.

Speaking after the match, the captain wept at the scale of Uruguay's achievement.

He says Uruguay had their sights locked on Fiji since they qualified for the World Cup, targeting a victory that would show they belong at the highest level.

Uruguay had not won a World Cup match since beating Georgia in 2003 and tears flowed after the referee blew the final whistle, sparking huge celebrations from the winning camp.

The last time these two teams faced each other Fiji stormed to a comfortable 68‑7 victory.

It was the biggest score Uruguay has ever recorded in a World Cup game and it was well worthy of the win against a Fiji side who failed to impress.

Uruguay has won soccer's World Cup twice but the country has a small pool of rugby talent to choose from ‑‑ just 6,000 active players, a number which includes children.

Meanwhile, Italy takes on Canada at 7.45 tonight while England plays USA at 10.45 tonight