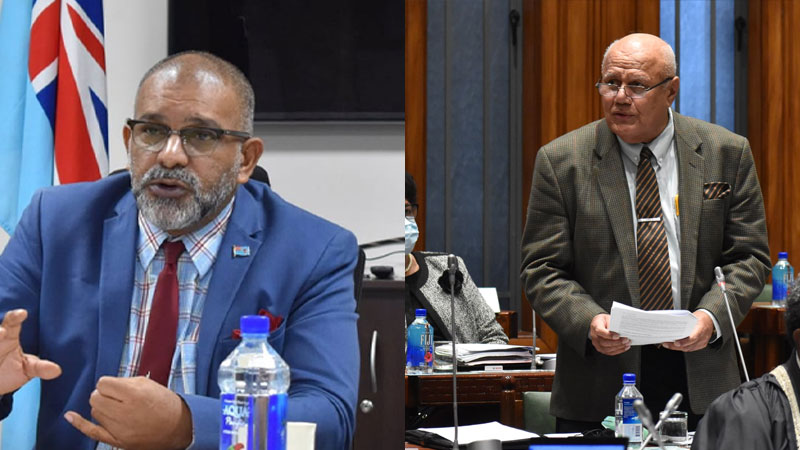 The Fijian Competition and Consumer Commission has embarked on a strategic partnership with organizations such as the Fiji Revenue and Customs Service, the Reserve Bank of Fiji, the Ministry of iTaukei Affairs, Fiji Commerce and Employers Federation and the Real Estate Agency Licensing Board to take a holistic approach in tackling online scam issues.

This was highlighted by the Minister for Commerce and Trade, Faiyaz Koya while speaking on the motion to debate the Review of Fiji Commerce Commission 2016 Annual Report.

Koya says FCCC has also implemented and is reviewing the tenancy self regulating guidelines which provides guidance to landlords and tenants.

He adds this is a critical exercise and FCCC is conducting extensive consultations to ensure that all areas are covered.

Koya also highlighted that in October 2019, FCCC adopted a monthly fuel price review and this has enabled the fluctuations on world prices to be reflected in Fiji on a regular basis.

Koya says it may not happen absolutely immediately but it does take a shorter period of time to feel the price changes.

SODELPA Leader Viliame Gavoka says they are concerned about how Fijians fall prey to online scams.

Gavoka says their recommendation to FCCC is to work with relevant agencies to stop the online scam.

He also shared a story about a person was duping people in Fiji.

Gavoka says what they normally question is while the world prices of fuel drops significantly, that doesn’t translate to the prices we pay in Fiji immediately or the shortest period of time.

He says the FCCC had educated them on how they do the price review.

Gavoka also praised the work of the FCCC CEO and his team.

SODELPA Whip, Lynda Tabuya says she has received queries about small businesses that are not operating and the landlords are still charging rent and that is grossly unfair.

Tabuya says it is a plea as to how FCCC can be more equipped to help in these situations and help both the landlords and tenants to come to an agreement.

She also questioned if these small businesses withdraw from FNPF to assist them in this time of COVID.

Tabuya says she is asking if the businesses that sell infants clothing be opened adding that people are not asking for money but they are just asking if these businesses can be listed as essential.

NFP Parliamentarian, Lenora Qereqeretabua says they have called on the government to show some compassion and remove the 20 cents per litre duty on fuel. She says the extra 20 cents is having a crippling effect. Qereqeretabua says seeking relief for the ordinary people at a time when people are struggling to maintain their livelihoods is not populist politics but their moral and ethical duty.

The Fijian Government has distributed a total of 34,700 food ration, grocery and essential item packs. In a statement, the Government says it c... 8 minutes ago
LATEST NEWS

If you are residing in lockdown areas and squatter settlements in the Central Division and in Nadi, then you can expect to receive dalo suckers ... 3 minutes ago