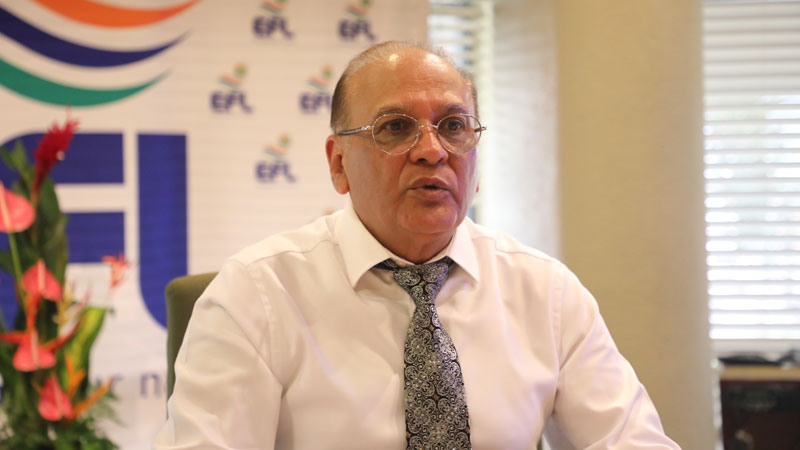 Energy Fiji Limited CEO Hasmukh Patel says the reason they lost power supply in the Western Division of Viti Levu on Saturday was because the transmission line that transports hydro power from Wailoa and Nadarivatu power stations to the Western Division had a fault on it and went out of operation.

Patel says yesterday afternoon they had a fair idea where the likely fault was but they could not get into the particular area because of flooding and restricted access.

Patel says the fault is what they call an intermittent fault adding last night they turned on the power line and the power line came into operation and therefore they were able to transport hydro power into the Western Division.

He adds in local areas, the power lines have to be intact and they had to inspect power lines in flooded areas and areas where power lines were broken.

Patel further says they are hopeful they are able to access the transmission line tomorrow, repair the fault and get things back to normal.

He adds power supply in the Western Division is expected to be completely restored in a few days.

Patel also says the fault reappeared and that is why the power went out at midday today.

Permanent Secretary for Health Dr James Fong says health workers and frontliners have done their best for two years to protect as many of us as possib... 46 minutes ago
LATEST NEWS

The Fijian Government says in their effort to assist locals in reaching out to the Tongan victims of the recent volcanic eruption and tsunami, they ... 20 minutes ago

Actor Arnold Schwarzenegger has been involved in a car accident in Los Angeles. LA Police say a woman was hurt in the four-vehicle crash, which ... 41 minutes ago

Save the Children says they will join the response to assist families in Tonga affected by the volcanic eruption by establishing temporary learning ... 44 minutes ago