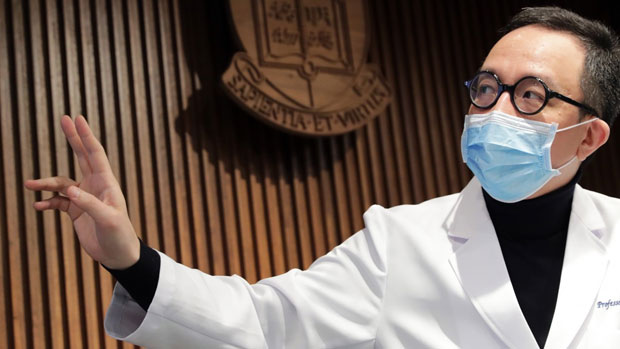 As the world tries to deal with the rising number of cases of COVID-19, one of the world’s experts who led the fight against the SARS or Severe Acute Respiratory Syndrome Virus and Dean of Medicine at the University of Hong Kong, Professor Gabriel Leung says health systems in countries need to be ready as COVID-19 spreads far more rapidly and the numbers can be exponential.

He also says the elderly aged more than 65 years are 20 times more likely to die from COVID-19 or the coronavirus.

Leung has told 60 Minutes Australia that about 40 to 60% of the world’s population could be affected by the virus and more than 45 million people could die around the world if proper controls are not put in place.

He says there is an emergency and rigorous infection control is needed.

Experts in Australia say they are already at the highest alert level.

He says personal hygiene is very important as you have to keep washing your hands with soap and water for at least 20 seconds and avoid touching your face especially your mouth, nose and eyes.

The Health Minister says isolation and containment is also very important as they had done during the measles campaign in Fiji.

Doctor Waqainabete says as the symptoms of coronavirus are very similar to many other respiratory illnesses, it is expected that with time the Ministry will investigate more persons with relevant travel history and symptoms related to coronavirus.

He stresses that although there are no confirmed cases in Fiji, people should also start taking precautions and stop shaking hands with people.

When asked on a lot of people having grog sessions in the country, people mixing the grog and sharing one bilo, Doctor Waqainabete says people should take the precautionary measures and be smart about things.