We have back up plans – Rabuka

We have back up plans – Rabuka 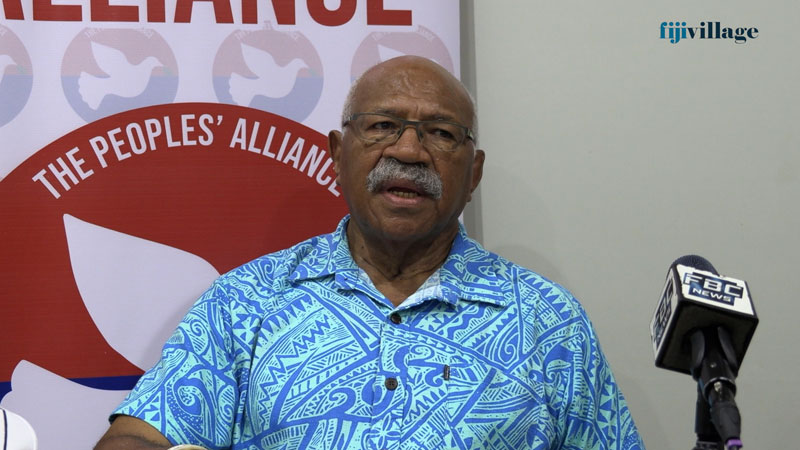 People’s Alliance Leader, Sitiveni Rabuka says they have deputy leaders if he cannot contest the 2022 general elections for some reason.

Rabuka faced charges in court in 2018 and got the High Court appeal ruling just days before the general elections.

When questioned what is the back up plan for the party if for some reason there are uncertainties around him standing for elections like in 2018, Rabuka says they have a plan.

Rabuka also says it is a fair call by the Fiji Women’s Crisis Centre and FRIEND Fiji that political parties campaign on issues rather than race or religion.

While speaking in a press conference this afternoon, Rabuka also says he thinks that having a caretaker Government during the campaign period is a good idea.

Rabuka also confirmed that Sajal Narayan is still a provisional candidate after there were allegations levelled against him.

He says independent investigations have been done and legal opinions will be presented to Narayan.

Meanwhile, the former Publisher of the Daily Post and a blogger based in Auckland, Thakur Ranjit Singh has written a letter expressing his gratitude to Rabuka’s announcement that a People’s Alliance Government will declare a public holiday to mark and honour the arrival and settlement in Fiji of the Girmityas and also declare Ratu Sukuna Day as a public holiday.

In his letter, Singh says the Fiji Girmit Foundation of NZ of which he is a founding trustee, had asked the FijiFirst Government for 7 years to act on their request to have a Girmit Day holiday and introduce Girmit history into the school curriculum.

Singh says they are disappointed with the lack of response adding that the Government is now in damage control after Rabuka’s announcement in long ignored matters important to Girmityas.