Do not rely on gossip mongering - AG

Do not rely on gossip mongering - AG 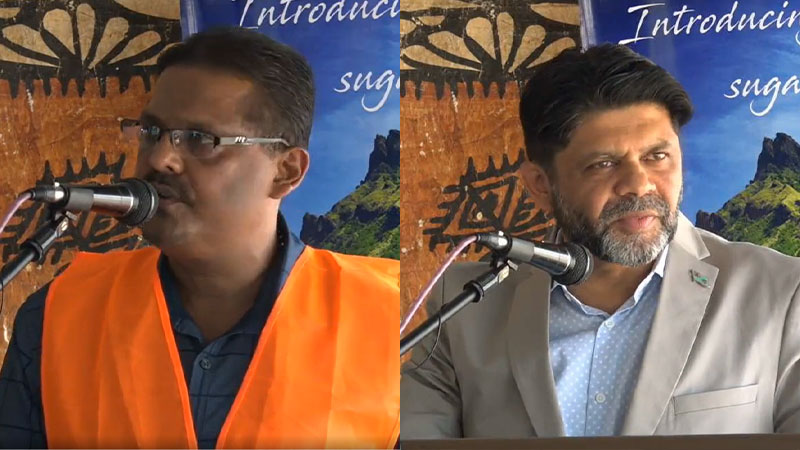 As we travel through the cane belt areas, we note large lots of land suitable for farming lying idle, and we encourage landowners and prospective farmers to come forward and make use of their land.

That is the call from the CEO of the Fiji Sugar Corporation, Bhan Pratap Singh during the opening of the Lautoka mill crushing season.

Singh says sugar was once regarded as the backbone of the economy, and the industry can certainly bounce back.

He says about a quarter of Fiji’s population are still directly or indirectly dependent on the industry.

Singh says the effects of the tropical cyclones in December 2020 saw the cane crop size reduce to approximately 1.4 million tonnes last year. He says the management has taken a challenge to increase the crop size to 2 million tonnes.

The FSC CEO says there have been major problems in accessing supplies for plant and equipment due to COVID-19, and the journey has been a challenging one in the last 18 months.

However he says the sugar industry stood tall during difficult times when other sectors came to almost a standstill during the pandemic.

Singh says the sugar industry continued to support the economy by providing employment to people from Sigatoka to Rakiraki and in Vanua Levu.

The CEO says they have also seen some excellent policies under the Prime Minister’s leadership like the guaranteed cane price of $85 per tonne.

Meanwhile Attorney General, Aiyaz Sayed-Khaiyum says if we take a collaborative approach to meeting the challenges rather than relying on gossip mongering, then we will able to meet the challenges.

Sayed-Khaiyum says sugar has been surpassed by other industries in Fiji like tourism but it still engages a lot of Fijians in employment.

He says the guaranteed cane price for farmers by the government is also assisting the industry a lot.

Sayed-Khaiyum says many challenges have come about in the past two years due to COVID-19.

He says a shipping container used to cost about $5,500 from Auckland to Fiji but today the same container costs about $17,000.

The Attorney General says he was speaking to Swire Shipping, and was told that in other parts of the world, the cost of freight has gone up by 800 to 900 percent on each of the routes.