We don’t want politicians to offer people the moon - AG

We don’t want politicians to offer people the moon - AG 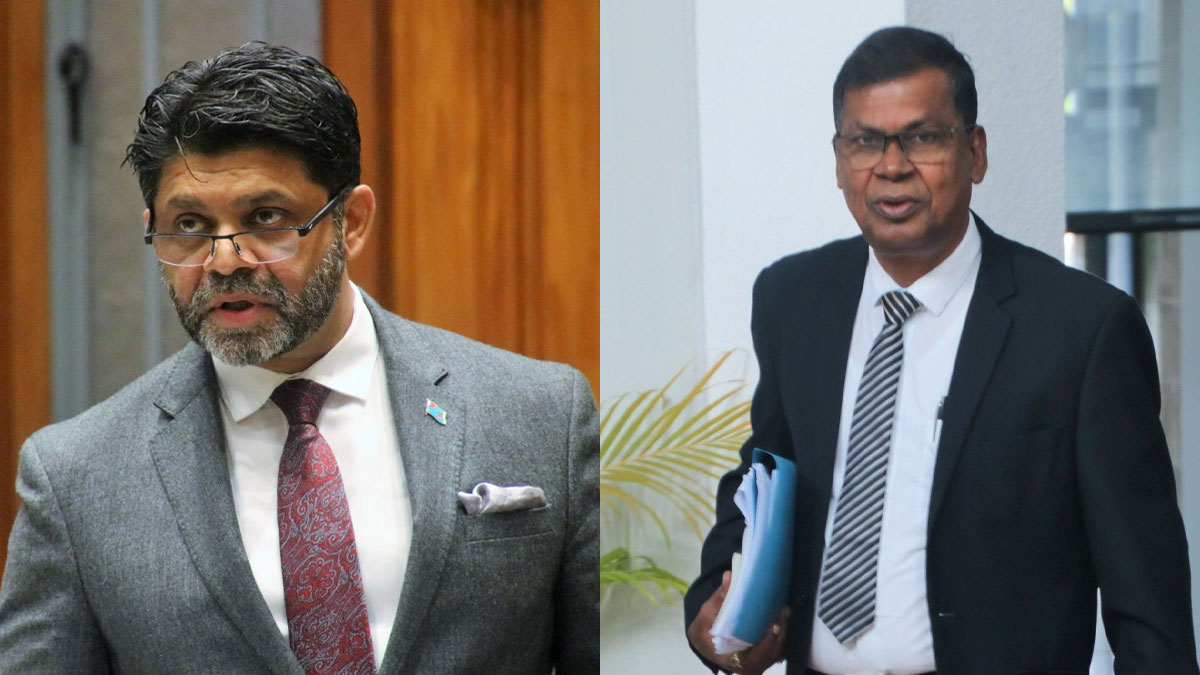 Minister for Economy, Aiyaz Sayed-Khaiyum says they do not want the politicians to offer the moon but want them to offer the reality.

He has highlighted this during the debate on the Consolidated Review Report of the Reserve Bank of Fiji 2018/19 and 2019/20 annual reports while responding to comments by National Federation Party Leader, Professor Biman Prasad during the tabling of the Electoral Amendment Bill.

Prasad had said that yes, political parties offer the moon sometimes but it is not for the AG, the Government, the Supervisor of Elections or somebody in the Electoral Commission to ask them to tell them on how they have to do it. He says it is for the people to decide on whether they want to believe it.

Sayed-Khaiyum says this is precisely something they want to avoid.

Sayed-Khaiyum says a number of members from the Opposition constantly debunk independent institutions when those institutions either give good news or point out facts they do not like.

The Minister further says foreign reserves are currently sitting at $3.6 billion just marginally below the record high and is sufficient to cover 9 months of imports.

He says inflation in the past three financial years have increased by 1 percent and is currently 5.2 percent on account of the Ukrainian war and associated pandemic-related supply chain issues.

Sayed-Khaiyum says we have avoided a devaluation of the Fijian currency which would have adversely affected all Fijians in a period where import inflation has remained significantly high.

He says bank liquidity is about $2.6 billion and is supportive of economic recovery and private sector growth is positive and gaining momentum with new commercial bank loans totalling about $1.8 billion for the first 7 months of the year.

Sayed-Khaiyum says commercial lending rates have been trending downwards and are currently at a historical low of 5.4 percent.

He further says the stability of our financial system is reflected in the satisfactory performance of the commercial bank industry and based on satisfactory level of capital, earnings liquidity and marginal asset quality.

He says similarly the insurance industry has registered a strong consolidated solvency position, satisfactory levels of earnings and liquidity.

The Minister also says they normally borrow onshore but this time they changed the permutation and borrowed from offshore because we have got foreign currency coming in which buffers up our foreign reserves.

He says if the foreign reserves had dropped, the dollar would have been devalued but the Opposition does not acknowledge that.