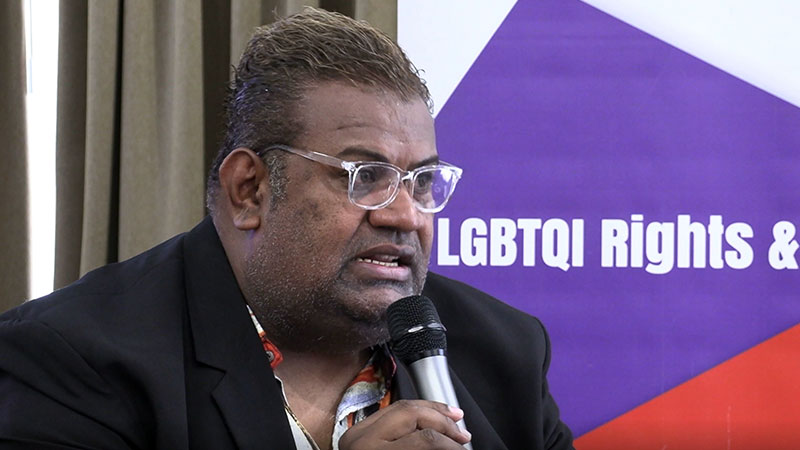 Over the years, there has been a rise in hateful rhetoric in election campaigns and public discourse with the Lesbian, Gay, Bisexual, Transgender, Queer and Intersex community being attacked by politicians who are out of touch from the day-to-day realities.

This was the strong message to political leaders on International Day against Homophobia, Transphobia and Biphobia at the Tanoa Plaza today by Pacific Sexual and Gender Diversity Network CEO Isikeli Vulavou.

Vulavou says it is time to be inclusive and to talk to the LGBTQI community before drafting policies for their manifestos.

Vulavou urges politicians to refrain from using the bodies and rights of LGBTQI people as a political tool to further marginalise and exclude them.

The CEO adds that political parties need to invite LGBTQI individuals to be their candidates and to talk to them if they need information and clarification instead of saying the wrong things and misleading the public.