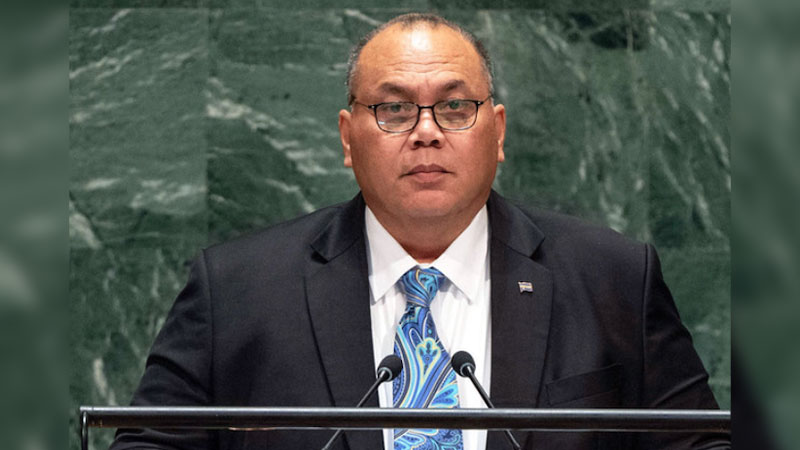 Chancellor of USP and the President of Nauru, Lionel Aingimea. [Image: Asia Pacific]

The Chancellor of USP and the President of Nauru, Lionel Aingimea says the USP Council acted within the guidelines of the USP Charter and Statutes in re-appointing the Vice Chancellor Professor Pal Ahluwalia and relocating his place of work.

In a statement, Aingimea says a sub-committee chaired by him presented 6 recommendations to the USP Council, which convened a special meeting on the 25th of May and 2nd June, 2021 and agreed, among other matters, to offer a new contract to Professor Pal Ahluwalia as the VC and President of USP.

He says he agrees it is Fiji’s decision when it comes to terminating work visas, however the issue of contract termination lies with the Council as the Vice Chancellor’s employer.

Aingimea adds they have looked at the USP Charter and Statutes and they have not broken any rule in offering a new contract to the VC.

He further says he refutes comments made by Fiji’s Attorney General Aiyaz Sayed-Khaiyum suggesting that the reappointment of Professor Pal Ahluwalia is illegal.

Aingimea also says he is also a lawyer and he has also read the USP Charter and Statutes and the Council has the authority in making appointments.

He says there is nothing in the Charter or Statutes to suggest that they have broken any rules by reappointing the VC or issue him with a new contract.

Aingimea adds that there is precedence in which the former VC Rajesh Chandra’s contract was renewed by the Council without advertising the position.

He says, additionally the USP’s Charter, Statutes and Ordinances do not make reference that the VC must be located at the Laucala Campus.

The University of the South Pacific Students Association, the USP Staff Union and the Association of the USP Staff say, Attorney General, Aiyaz Sayed-Khaiyum used Parliamentary privilege to publicly disagree with the majority decision of the USP Council to offer a new contract to Professor Pal Ahluwalia by deeming it an illegal action.

Meanwhile, Aiyaz Sayed-Khaiyum had said in Parliament that the appointment of Professor Pal Ahluwalia as University of the South Pacific’s Vice-Chancellor is illegal.

The Council of the University of the South Pacific resolved to offer a new contract to Professor Ahluwalia as the Vice-Chancellor and President of the USP and that he will work from Samoa. Sayed-Khaiyum said the Charter of the USP regulations is specific which said that when a person’s contract is terminated because of the cancellation of the work permit, the contract automatically gets terminated.

He said there is a particular process through which the Vice-Chancellor is appointed which is to advertise, go through a selection panel and then an appointment is made.

He added Professor Ahluwalia could have been re-appointed if the USP Council would have gone through the process and Fiji would not have had any objections.

Sayed-Khaiyum also told parliament they have discovered that even though the USP Council had agreed that Professor Ahluwalia’s contract had been terminated, they continued to pay him.