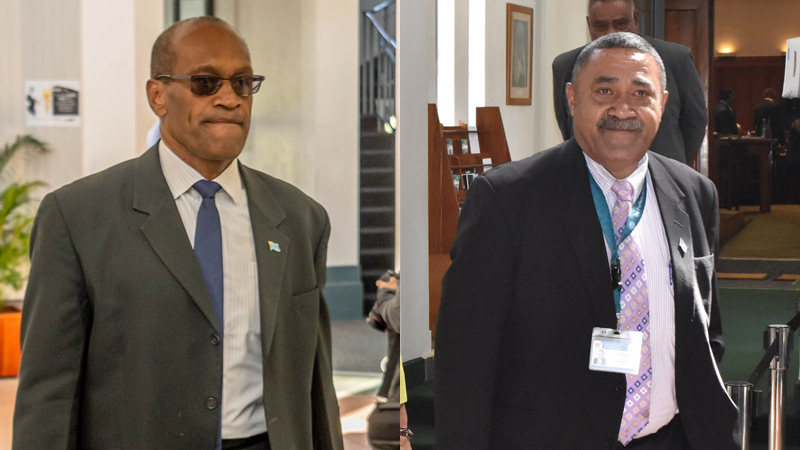 Minister for Lands and Infrastructure, Jone Usamate has called on SODELPA MP, Ratu Suliano Matanitobua to stop talking about things like unfinished business relating to the Qoliqoli Bill and the Land Claims Tribunal Bill as it would bring about chaos and racial discrimination in the country.

Ratu Suliano Matanitobua has said that the Land Claims Tribunal Bill and the Qoliqoli Bill was their unfinished agenda when the late Laisenia Qarase led government was in power.

While speaking in parliament during the budget debate, Ratu Suliano announced that with all sincerity this nation and it’s people will continue to seek to achieve what the late Qarase was prematurely stopped from doing in his time.

Ratu Suliano also said he wishes to recognize the historic legislation the late Qarase proposed in line with his 50/50 by 2020, a Blueprint which was approved by parliament in December 2001 to achieve in full measures the intents and covenants of the Deed of Cession.

However Usamate has stressed in parliament that Ratu Suliano has to move away from this thinking.

The Qoliqoli Bill, Land Claims Tribunal Bill and the Reconciliation Bill were given as some of the reasons for the December 2006 coup as it was said that it would bring about racial discrimination.

When questioned by Fijivillage if SODELPA will bring back the two bills, Ratu Suliano says that they will not.

Ratu Suliano says he had praised the unfinished business from the Qarase government in trying to get the two bills which was prematurely stopped.