Mereseini Rakuita congratulates the FWCC and their partners for the milestone

Mereseini Rakuita congratulates the FWCC and their partners for the milestone 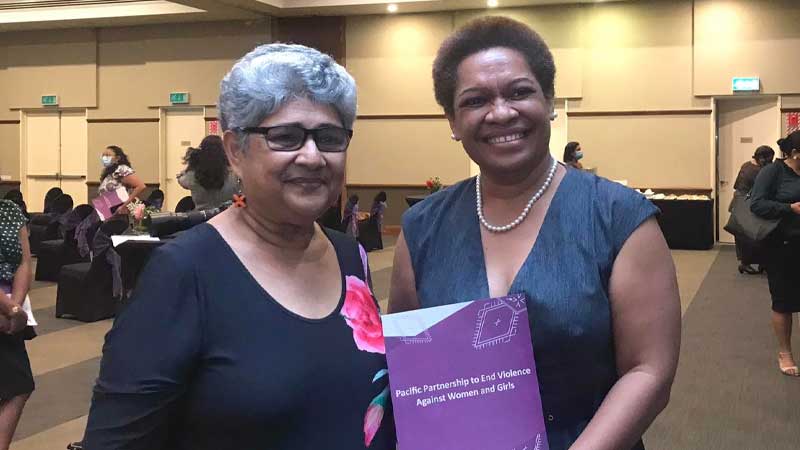 The Fiji Women’s Crisis Centre in partnership with the Pacific Women’s Network Against Violence Against Women and UN Women has launched the updated Gender Based Violence Counselor Training Package.

The updated training package is composed of three modules with a total of 20 sessions.

While speaking at the launch, Fiji Women’s Crisis Centre Coordinator Shamima Ali says they have planned a national training for next year for the service providers.

The event marks the culmination of decades of work in ending violence against women and girls in the Pacific that has been made possible through the long-time support of the Australian Government to crisis centres across the region and the Pacific Partnership, through the European Union, NZ and UN Women.

Meanwhile, former Women’s Minister, Mereseini Rakuita who was present at the event has congratulated the Crisis Centre and its partners for the milestone.

Vuniwaqa says it is good to see as a Crisis Centre, they continue to raise their standards in relation to the services they render.