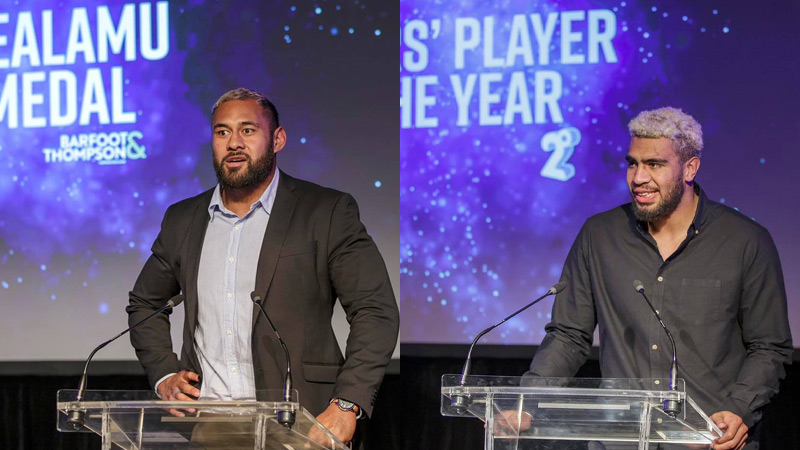 Blues Captain and All Black, Patrick Tuipulotu and Hoskins Sotutu

Blues Captain and All Black, Patrick Tuipulotu has scooped up the major honours at the Blues Awards ceremony today.

Tuipulotu was awarded the Blues Most Valuable Player of the Year award as well as the prized Mealamu Medal, awarded to the person who makes the biggest contribution to the culture of the organisation.

He has played virtually every minute of all seven games to date in this post-COVID competition.

Tuipulotu is in the top six players for lineout wins in Super Rugby Aotearoa and led the Blues to be currently first in tackles won, second in lineout completion at 88%, and scrums won at 98%.

Hoskins Sotutu was awarded the Players’ Player of the Year, selected on a points basis after each game.

Sotutu, who turned 22 last month, has been a standout at No 8, powerful and fast off the back of the scrum, a much-improved defender and a key target in the lineout.

He claimed the honour despite missing the last few games with an injury.

The 23-year-old winger Mark Telea was voted Rookie of the Year with an eye-catching debut season, currently leading the Blues try-scorers with seven tries and in the top echelon of all players in statistics for clean breaks, metres gained and defenders beaten. 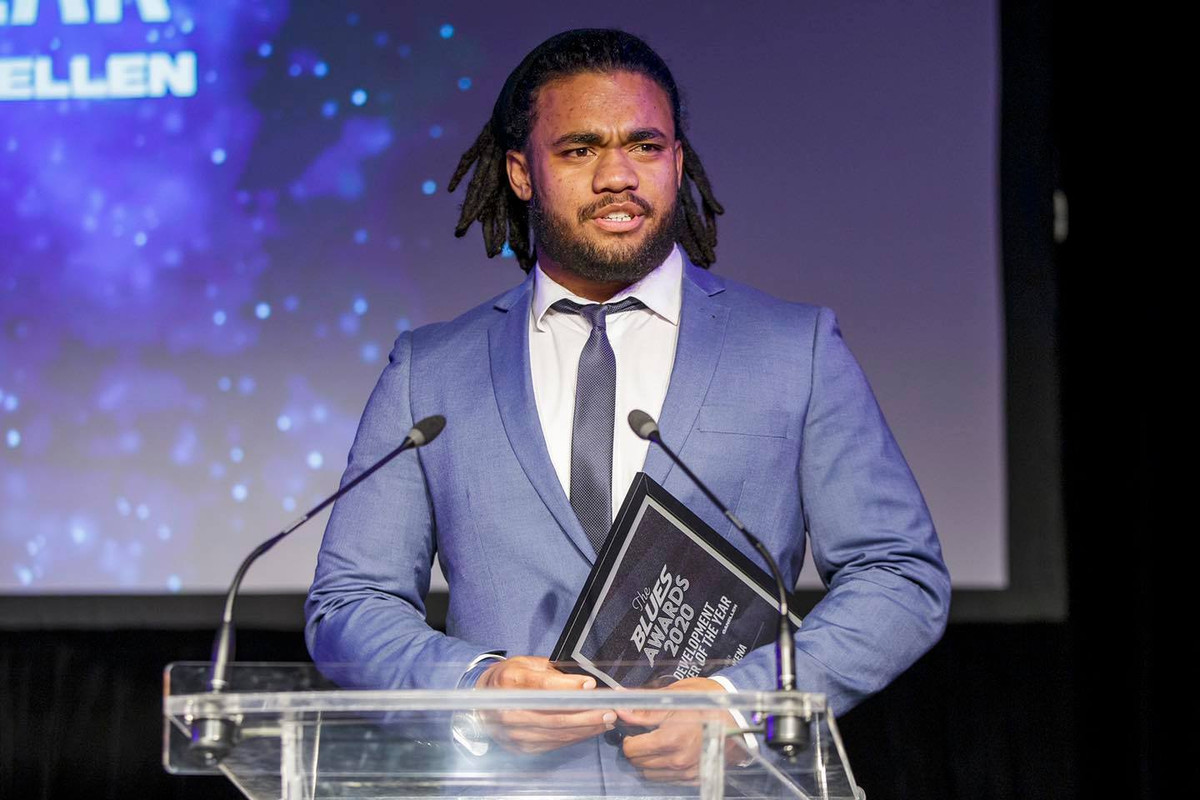 Loose forward Tom Robinson won the Community Award for his untiring work for the Blues in a range of community projects throughout the year, while Auckland hooker Soane Vikena, a NZ Schools rep last year, is the club’s Development Player of the Year. 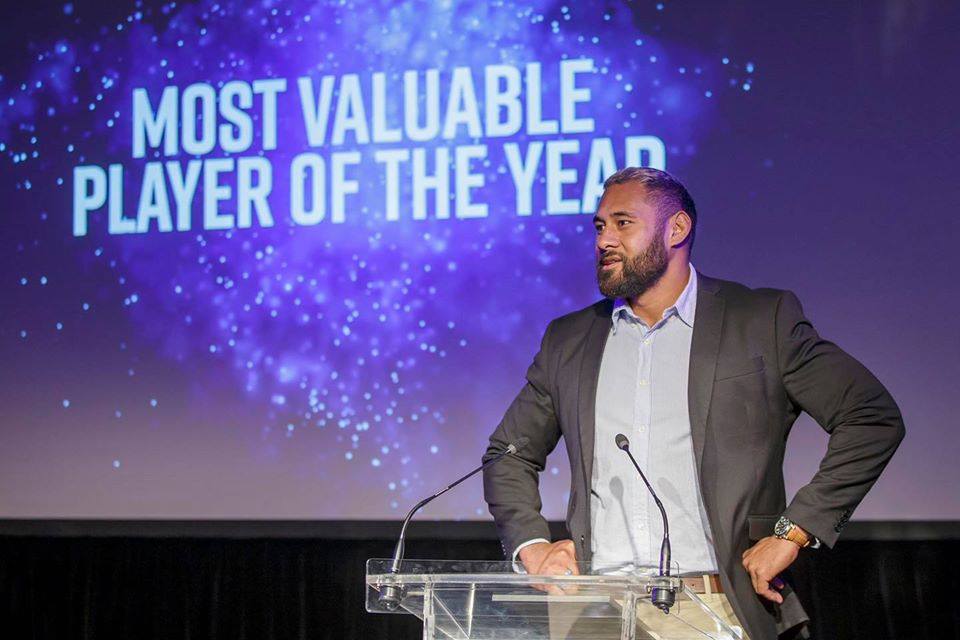 The Blues will play their final game of the Super Rugby Aotearoa competition when they host the Crusaders at Eden Park on Sunday 16th August.

The Crusaders will take on the Highlanders at 3.35pm Sunday while the Hurricanes will face the Chiefs at 7.05pm tomorrow.