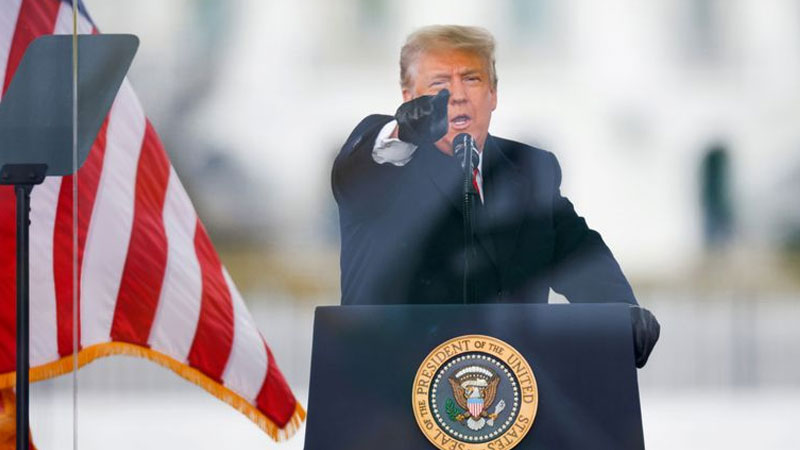 Former US President Donald Trump's impeachment trial over his role in the deadly US Capitol riot is set to begin next week in the Senate.

On Tuesday, the House of Representatives will deliver the impeachment charge to the Senate, triggering the trial process in the 100-member chamber.

Republicans had argued for a delay, asking for more time to prepare.

Trump's impeachment trial will be the only one ever to have taken place after a president has left office.

The House of Representatives last week charged Trump with inciting a deadly riot at the US Capitol, paving the way for a Senate trial. If convicted, he could be barred from future office.

The demonstration turned ugly as a mob forced its way into the congressional complex where lawmakers were certifying Joe Biden's election victory.

Four protesters and a Capitol Police officer died in the mayhem.