Tropical Cyclone Warning in force for us

Tropical Cyclone Warning in force for us 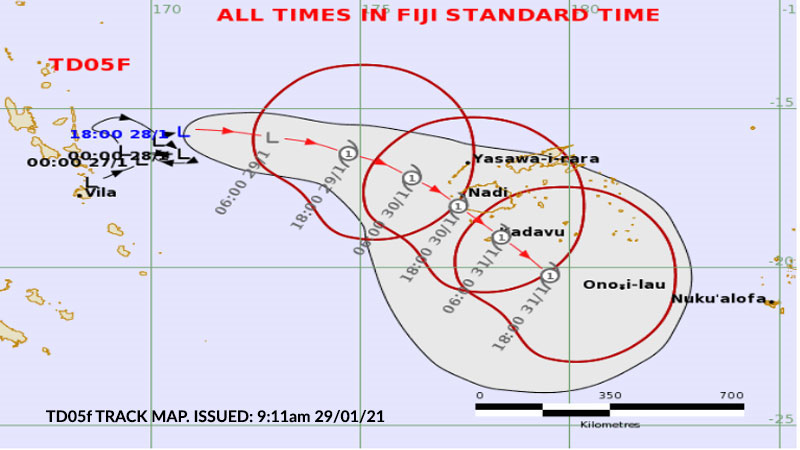 A Tropical Cyclone Warning is now in force for Fiji.

Flooding is the immediate concern as a flash flood warning remains in force for all low lying areas and small streams near major rivers in Vanua Levu and Viti Levu.

Expect damaging winds if you live in Vanua Levu, Taveuni and nearby smaller islands and Yasawa Group.

A heavy rain warning remains in force for Northern Viti Levu which is from Lautoka to Rakiraki, Vanua Levu, Taveuni and nearby smaller islands, Yasawa, Lau Group and is now in force for the rest of Fiji.

Tropical Depression 05F is located East of Vanuatu or about 780 kilometres West North West of Nadi. It is currently slow-moving and is expected to track East then South East towards Fiji in the next 24 to 48 hours.

TD05F has a very high potential to intensify into a cyclone in the next 24 hours to 48 hours.

The associated active trough of low pressure with active rainbands and strong to damaging winds will affect us.

Expect the weather to worsen later today and there are forecasts that the Tropical Depression could become a cyclone as early as this afternoon.

Stay with us as we will keep you informed. 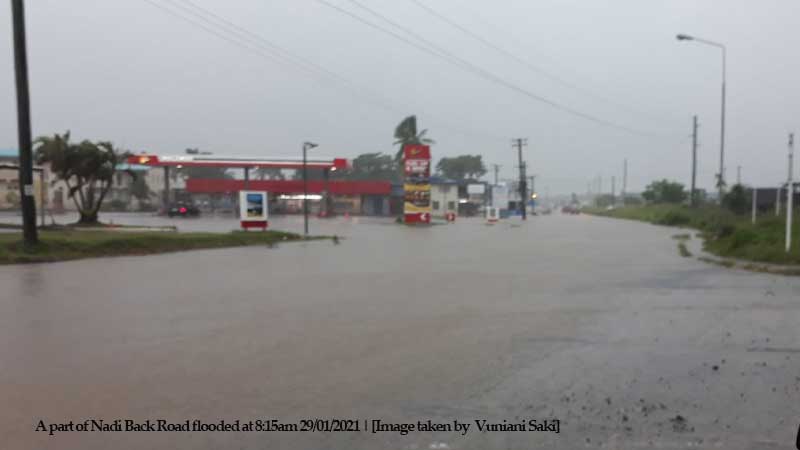 A part of Nadi Back Road flooded. [Image: Vuniani Saki]

Several roads around the country are closed due to flash flooding.

Korovou Flats between Tavua Town and Nadarivatu Road junction is closed due to flooding.

The bridge at Nayavu in Wainibuka along Kings Highway is flooded.

A part of Nadi Back Road before the service station is also flooded.

Queens Highway at Navutu in Lautoka is also flooded.

Residential roads along Luvu in Lautoka are also flooded.

In the North, Nabouwalu Road from Labasa Town to Nabouwalu Jetty is clear and accessible.

This has been confirmed by the Fiji Roads Authority. 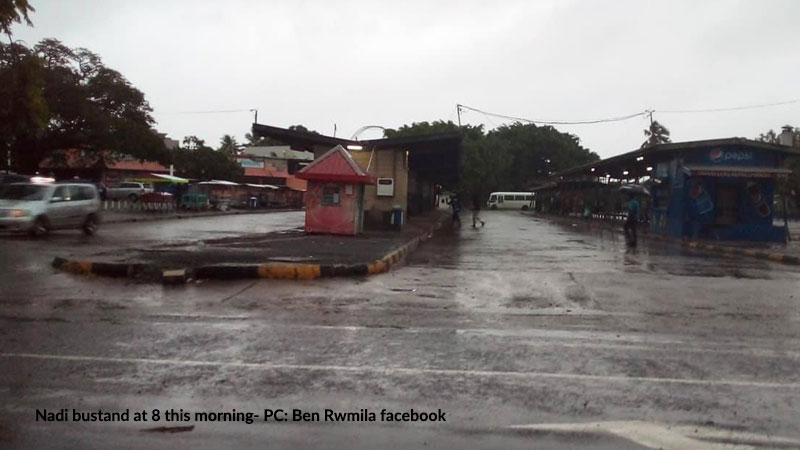 Nadi Bus Stand is starting to get flooded while the water-level at the Nadi River has reached the same level as the bridge.

All other crossings in the Nadi area are currently closed off to traffic and pedestrians due to flooding.

People are advised to move to higher ground if the area they are living in are prone to flooding. 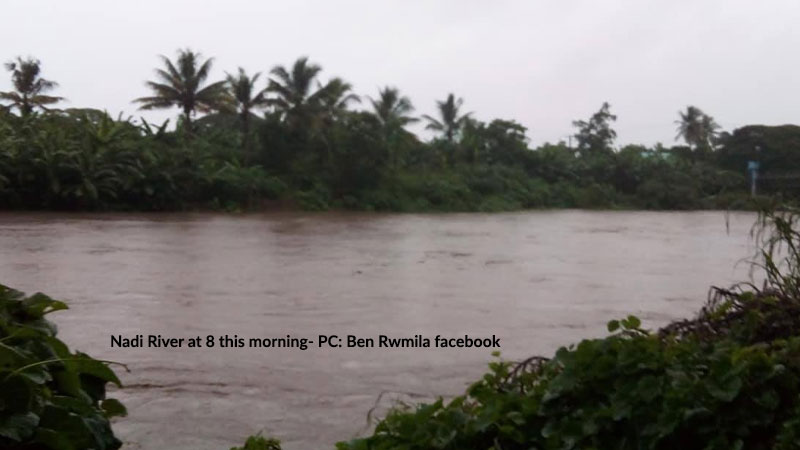 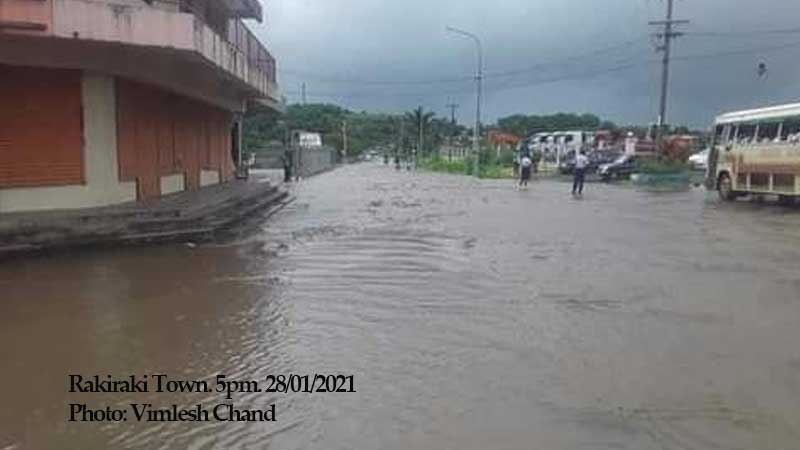 Parts of Rakiraki and Tavua Town are still flooded this morning.

Police are closing monitoring the situation in these two areas.

The Rakiraki Police Station says the town has been flooded since yesterday afternoon.

Naqoro Road is closed due to flooding.

The Tavua Police Station says they closed Yaqara Road as there is flooding up to Shop and Save Supermarket.