We have a set of wolves in this country who came into power through the barrel of the gun – Prof. Prasad

We have a set of wolves in this country who came into power through the barrel of the gun – Prof. Prasad 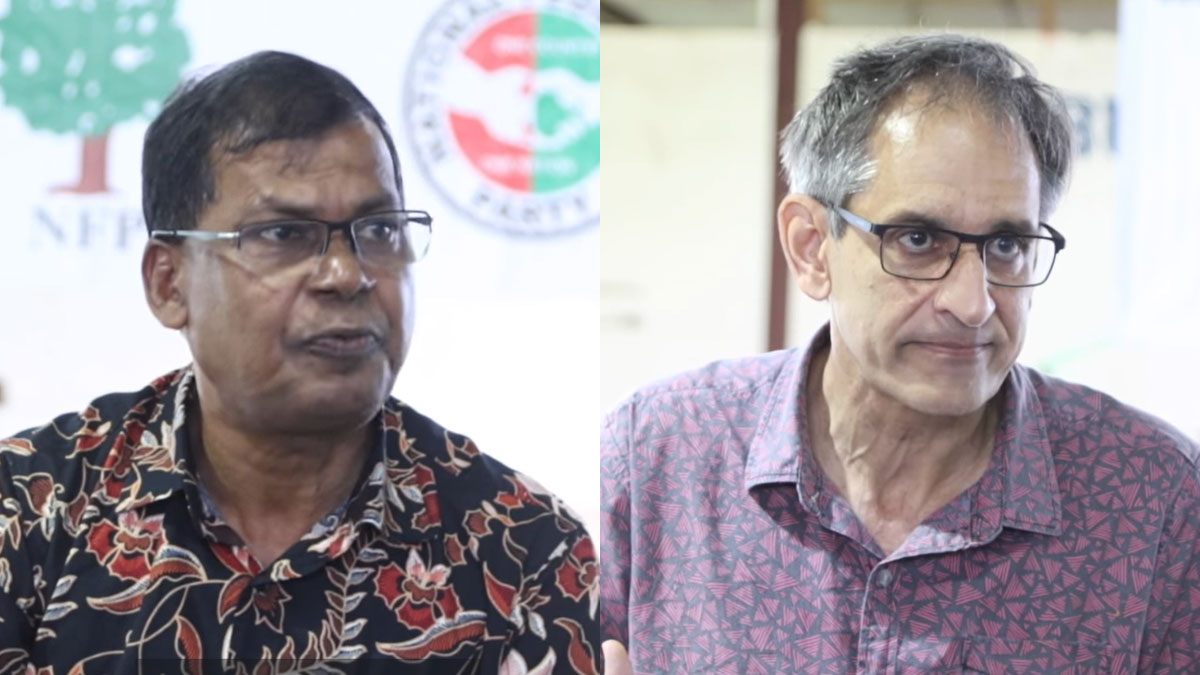 Prominent lawyer, Richard Naidu says nothing will change, unless we are all working together under a government that respects us and understands us, not a government that divides us, that tries to frighten us into doing what it wants us to do.

While speaking at a National Federation Party event at Samabula Primary School, Naidu says governments are there to bring us all together so that we can work together and solve huge problems and big issues about drugs, methamphetamine, domestic violence, and health as we have some of the worst health statistics in the world.

Naidu says we have cost of living issues and we need to bring everybody together to solve these problems.

Naidu also says while speaking to many young people in the sectors like education, health, and law, the young people are frustrated because they are not allowed to speak up, and anything they say or any new idea they put up is treated as criticism and they are put down and fed up.

He further says that this frightens him the most as a number of young people such as doctors, lawyers, accountants, teachers, and nurses told him that if this government comes back, they will be leaving.

Naidu says these are young people, they are clever, they are smart, they know how the world works and they know their skills and that other people want them.

Meanwhile National Federation Party Leader, Professor Biman Prasad says what we have in this country today is a set of wolves, they describe themselves as wolves, and these are the people who came into power through the barrel of the gun.

He says because they have made a mess in this country, they do not know how to cover that mess because it will be uncovered by the next government.

He has also challenged the Government to go into caretaker mode.

The Party Leader says it is not in the constitution, but if they have any shame, any ethics and any sense left, in terms of what they want to leave, after they are booted out at the election, they will at least go into the caretaker mode after the Writ is issued.

Prasad says if they do not, they will be remembered as people who came into power through force, remain there through force, through stupid laws and they have robbed the workers of this country and that is the legacy they will leave.

He adds they should provide incentives to the employers so that they can restore their full 10 percent contribution to their employees fund.

We have sent questions to the Attorney General Aiyaz Sayed-Khaiyum. He is yet to respond.