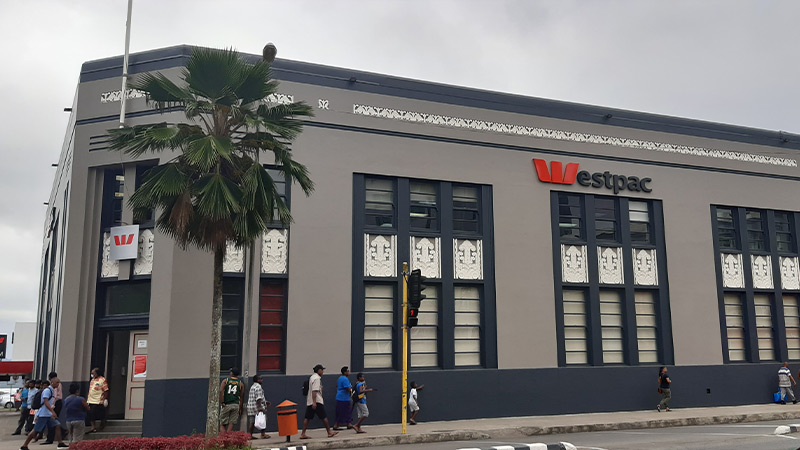 Westpac Fiji has highlighted that for the recipients of Social Welfare to receive their payments straight away, they would now need to open a BSP account.

This follows concerns raised by people having Westpac accounts that their welfare payments were not in on the 5th of October as expected.

A Westpac Fiji spokesperson says from this month, all payments have been made to BSP from the Ministry.

Westpac has also assured people that there are no changes and their accounts remain ‘fee-free’ at present on their welfare payments.

They say for more than 10 years, Westpac Fiji has worked with the Department of Social Welfare in facilitating recipients’ payments and they will continue to support their customers who are recipients of Social Welfare until they transition to BSP under the Ministry for Women, Children and Poverty Alleviation’s new payment arrangement.

The Department of Social Welfare is urging all welfare recipients to check their bank accounts on the 6th of every month regarding their monthly welfare payments, as times may vary as to when funds will be available in their accounts.

Permanent Secretary of Women's, Children and Poverty Alleviation Jennifer Poole says their aim is to have payments delivered on the 5th day of each month, however, since the 5th of this month falls on a Monday, they could not process the files during the weekends as banks are closed and everything had to be done on Monday.

She says the number of recipients with accounts in the other banks are not as many as for Westpac.

Poole adds Westpac has the largest number of social welfare accounts with over 50,000 and the process takes longer than other banks.

She says when there is a huge number of accounts, the two banks have to process payments in batches (10,000) so that it can be easily processed by Westpac.

Poole further says the time frame for the banks to make these payments normally takes one whole day.

Poole says there can be delays in terms of the time funds are deposited into the recipient's account which is what happened last Monday and they apologize for any inconvenience to their clients.

The Permanent Secretary also highlighted that it is not compulsory for recipients to bank with BSP, however, since the vendor contract is now with BSP, they are encouraging recipients to make the change to BSP because under the new agreement, the Government is going to pay the bank fees for all social welfare recipient accounts held at BSP.

She says if they elect to use another bank, or remain with Westpac, then, they will fall under their own bank's policy and possible charges for micro-accounts.

When questioned if the department can directly transfer the funds to Westpac Bank or other banks rather than having BSP distribute the funds to other banks, Poole says BSP was the only bank that expressed an interest to handle this contract at this time.

The Permanent Secretary says they appreciate the bank working in this area with them, and they are showing good social and corporate responsibility by working with them.

SODELPA Leader Viliame Gavoka says they will continue to work with other opposition political parties in preparation for the 2022 General Elections. ... 14 hours ago
LATEST NEWS