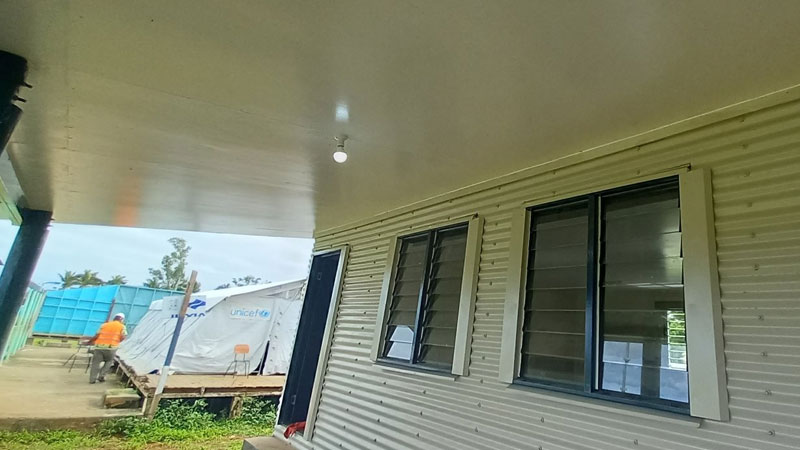 These schools had been damaged due to Tropical Cyclones Yasa and Ana.

The Ministry of Education has spent a total of $241,094.05 on construction and rehabilitation works so far.

Education Minister Rosy Akbar says 810 students were impacted by the damages caused, and their biggest priority was to help them get back on track with their education as quickly as possible in a safe and conducive environment.

Akbar says their first thought after the passing of the two back to back cyclones was to get on the ground of the most affected areas, assess what needed to be done, and get started on rehabilitation works.

She has expressed her appreciation for everyone who had contributed in one form or another towards the rehabilitation works adding that if it were not for the support of everyone involved, the children would still be facing difficulties.

Akbar says from the start, they had invaluable support on the ground provided by first responders, including the Australian Defence Forces and the RFMF.

Akbar adds it was especially inspiring to see the entire community come together - including the parents, teachers, and of course children - to help along with the work.

Minister for Agriculture, Dr. Mahendra Reddy says the 2019-20 Household Income and Expenditure Survey is flawed because the data for two different ... 30 minutes ago

Speaker of Parliament, Ratu Epeli Nailatikau stresses it is important to note that the parliamentary business committee will have the final say in ... 4 hours ago

As the Ministry of Health begins rolling out the Moderna vaccine for children between the ages of 15 to 17 years from today, Health Minister Dr ... 4 hours ago