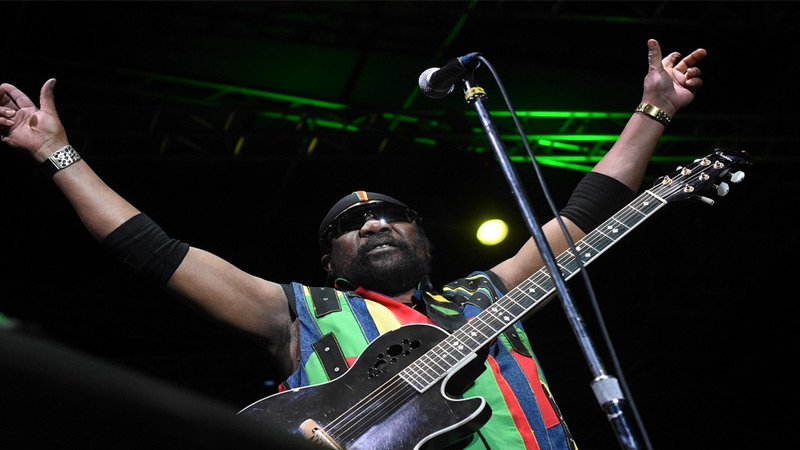 Reggae superstar Toots Hibbert has died. He passed away Friday at the University Hospital of the West Indies after being placed in a medically induced coma over a week ago.

The 77-year-old icon, whose birth name is Frederick Hibbert, was the frontman of the groundbreaking reggae and ska group Toots and the Maytals, which for almost six decades has been among the most prominent groups in reggae.

Hibbert's manager Cabel Stephenson was so overcome with emotion that he could not comment.

Hibbert was hospitalised late August after he developed "breathing problems". He was said to be awaiting a COVID-19 test result.

The Jamaican cultural icon recently participated in the island's annual Festival Song competition which he won three times. He released his latest album, Got to Be Tough, on August 28.

The album, co-produced by Zak Starkey for his Trojan Jamaica label, features Toots' signature mellowed vocals delivering a burning plea for resilience and strength for a world at the breaking point.

The songs address the legacy of slavery and systemic racism in Jamaica, rising economic injustice, and inequities exacerbated by the ravages of the coronavirus pandemic.

Toots had been consistently touring with his band, the Maytals, since the early 1970s, when his landmark album Funky Kingston (one of the greatest reggae albums of all time) made him a global superstar opening for the Who and the Eagles.

He and his band won the Grammy Award for best reggae album in 2005.