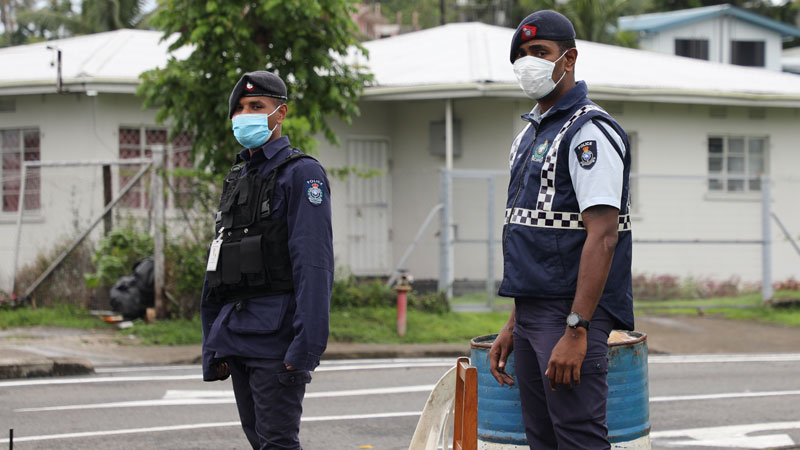 Two men in the Central Division were arrested for not wearing masks while four non-essential business operators were also arrested for breaching health restrictions in Lautoka in the last 24 hours.

The Western Division recorded fourteen cases including five people who were arrested for drinking grog at Tonuve Village in Keiyasi, two 17-year-old teenagers were found drinking at the Saru area in Lautoka while three men breached the curfew in the Navakai, Dratabu and Lautoka areas.

Of the nineteen cases recorded in the Southern Division, six people were found drunk at Raiwai, three others at Naidiridiri Settlement in Nasinu while six people of Cunningham were arrested for a social gathering.

A 26-year-old carpenter was found drunk along the Nanuku area in Vatuwaqa.

Two market vendors were found loitering during curfew hours at the Rewa Dairy roundabout in Nabua while a 30-year-old security officer was found walking along the Laqere Bridge in Nasinu.

The Northern Division recorded three cases including a 34-year-old salesman of Naodamu who was found drunk during curfew hours while two farmers in their 20’s were found loitering along the Delailabasa area.

12 people were arrested in the Eastern Division and this includes five people of Navuloa in Nakasi who were arrested for a social gathering.

This also includes a juvenile.

Seven people, including a teacher were also found drunk in Korovou Town.