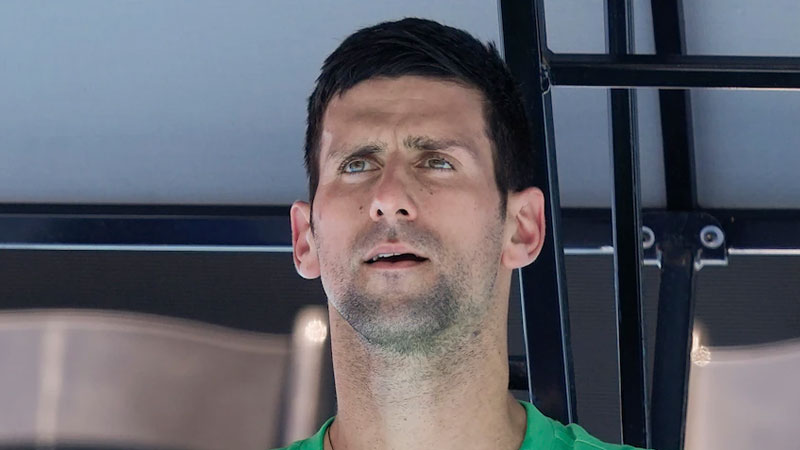 Lawyers for Novak Djokovic have argued Australian Immigration Minister Alex Hawke has misinterpreted media reports about the tennis star's views on vaccination, and the level of support he receives from anti-vaxxers.

They also say the minister failed to produce evidence the tennis star could fuel anti-vaccination sentiment by staying in Australia.

The full bench of the Federal Court began sitting today for a judicial review of Djokovic's visa cancellation.

Lawyers delivered their final arguments before the court adjourned about 2.30pm today.

It is unclear when the justices will reach a decision.

The high-stakes court case comes less than a day before the Australian Open begins and with the eyes of the world watching for the outcome of the weeks-long saga.

The visa of the world men's number one was cancelled for a second time on Friday, with Mr Hawke citing "health and good order grounds".

In an application lodged with the Federal Circuit Court on Friday night, Djokovic's lawyers argued the cancellation of the tennis player's visa for the second time was not legally valid.

They argued it was not open for the minister to find Djokovic was opposed to vaccination, that there was no evidence the tennis star's presence would foster anti-vaccine sentiment, and that Mr Hawke did not consider the effect of cancelling the visa on stoking that sentiment.

But the Immigration Minister said Djokovic's case to remain in Australia failed on all three grounds, with lawyers arguing the tennis player was "an icon for the anti-vaccination groups" and there was clear evidence of his views.