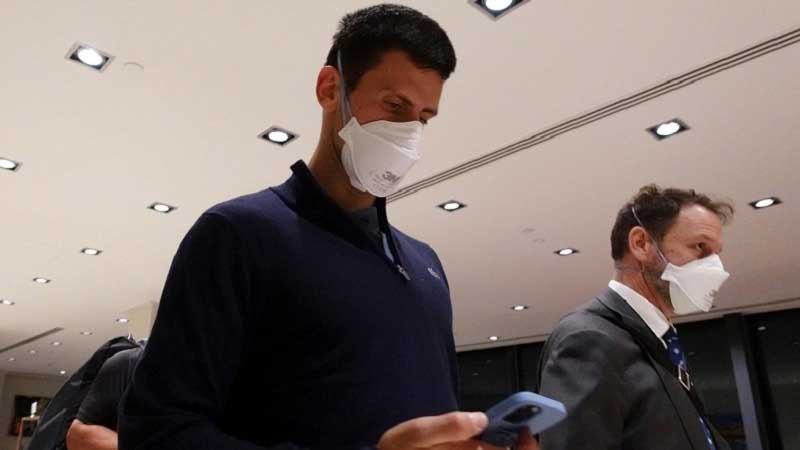 Novak Djokovic says he is "extremely disappointed" with a court decision to deport him from Australia and prevent his defence of the Australian Open.

Djokovic, who is unvaccinated against COVID-19 failed to overturn a decision from the government to cancel his visa on public health grounds.

Djokovic was bidding to have the chance to win a record 21st men's Grand Slam title, moving him clear of Spain's Rafael Nadal and Switzerland's Roger Federer for the first time.

Djokovic's deportation means 35-year-old Nadal is the only one of the trio playing at Melbourne Park.

Federer is out with a long-term knee injury.

The decision ends an 11-day legal dispute over whether Djokovic would be able to play.

He had his visa cancelled when he landed in Melbourne on 5 January and was then detained in an immigration hotel.

Although that decision was overturned on procedural grounds, Australia immigration minister Alex Hawke cancelled his visa again on Friday.