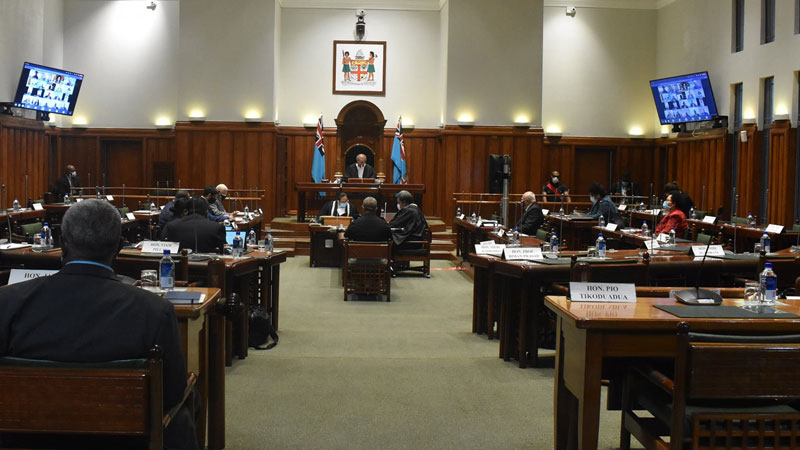 [Photo: Parliament of the Republic of Fiji]

Speaker of Parliament, Ratu Epeli Nailatikau has told parliamentarians who are attending the parliament session virtually that they should have a neutral background.

He said this after Attorney General, Aiyaz Sayed-Khaiyum raised a point of order saying National Federation Party Leader Professor Biman Prasad did not have a neutral background where a banner with a Fiji flag and NFP was showing in his background.

Sayed-Khaiyum says the Business Committee had decided yesterday that all parliamentarians need to have a neutral background.

While responding to the point of order, Prasad said he will cover NFP but it is completely ridiculous and he will listen to the Speaker and not the Attorney General.

Meanwhile, Ratu Epeli also highlighted that parliament will meet virtually for the foreseeable future and members outside the Suva containment zone can attend virtually.