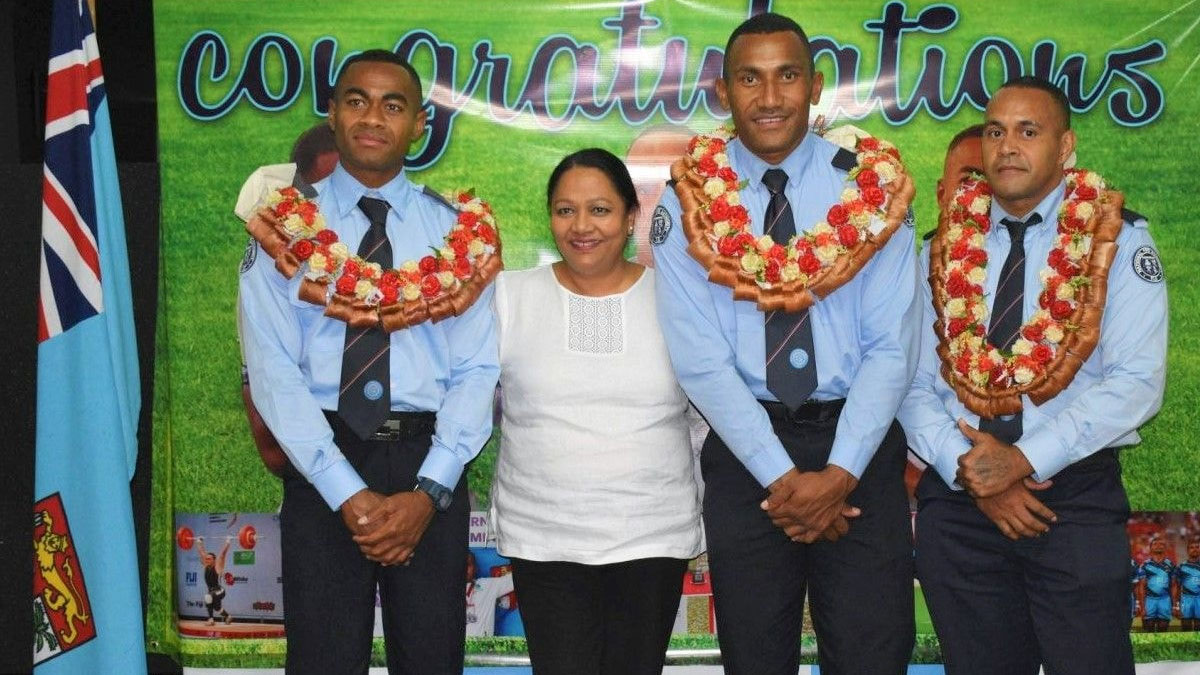 Rugby World Cup 7s winner and firefighter Vuiviyawa Naduvalo’s achievements have been celebrated by the National Fire Authority while the NFA also got to host the Melrose Cup.

Minister for Local Government Premila Kumar was not at the event however, her remarks were delivered by NFA CEO Puamau Sowane.

She says for Fiji, it is an honour to have officers emanating from NFA and representing Fiji in the world sporting arena while some of these fire officers have moved on to pursue their rugby career overseas such as Onisi Ratave and Vinaya Habosi.

Kumar says she is also delighted to learn that one of their firefighters, Tevita Rokovereni has become the first Fijian to referee in a Super Rugby match and has also officiated at the 2020 Tokyo Olympic Games and the 2022 Rugby World Cup 7s.

She says these firefighters have earned their place in the Pacific and the world sports arena and have become great ambassadors for Fiji as well as the NFA.

Kumar says their achievements and high profiles as great Fijian sportsmen will go a long way in promoting and advocating fire safety.

She adds all these great sporting and personal achievements will contribute towards making NFA a household name, which will draw the attention of the people to the significant messages from the NFA.